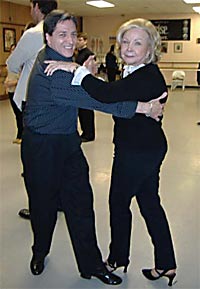 Kudos are in order and are extended to the Trois Femmes of the Arts: Mme. Sharon Litwin, senior vice president, external affairs, Louisiana Philharmonic Orchestra; Mme. Phyllis Taylor, chairman and president of Patrick Taylor Foundation, Patron of the Arts; Mme. Barbara Trevigne, artist, playwright, storyteller. The honor bestowed by the L’Alliance Francaise de la Nouvelle- Orleans is in recognition of the efforts of the Government of France toward our city, in particular the Femme, Femme, Femme exhibit at the New Orleans Museum of Art. Congratulations, ladies! 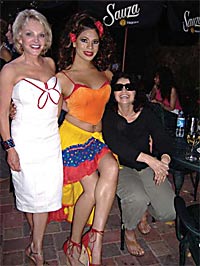 Speaking of grand dames, Margarita Bergen was recently dancing the night away at Tomatillos with Ovi-G and the Froggies supplying the Latin beat for her birthday fiesta extraordinaire. Spotted at the scene were Gerri and Murray Valene, ZiZi Columbo (in from Tennessee), Suzie Parker, Phillip Mollere, songbird Julia LaShae with Rob, Leo Montegut, Dale Rathke, Patricia and Mark Fullmer, Mary Rineer, Roberta and Riccardo Crespo, Willie and Richard Fiske and dozens more with their hips a-sway. Oh, what a night it was…

Hey, anyone for tango lessons? Maria Elena LaMotta and husband Enrique, a professor of civil engineering at UNO, are looking for you. Charter members of Casa Argentina started in 1997, they formed the Tango Club of Greater New Orleans in 2000 and are offering Friday night group classes and open dancing at 5956 Magazine St. For information, call 887-3095 to discover the magic, therapeutic, relaxation and exercise benefits of Argentine Tango.

Thanks to Terence Blanchard, New Orleans native trumpeter and artistic director of the Monk Institute, and John Snyder, head of the Music Industry Studies program at Loyola University, the Thelonious Monk Institute of Jazz announced its four-year commitment to New Orleans and a consortium of local universities after having spent several years at the University of Southern California. Students will work with some of the greatest musicians in the world, including Herbie Hancock and Wayne Shorter who serve on the board of directors of the Monk Institute. What a coup! 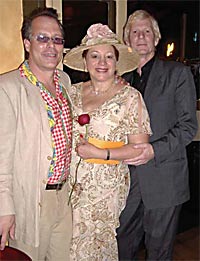 Dan Cameron, the senior curator of the New Museum of Contemporary Art in New York for more than a decade, has come to the Contemporary Arts Center as the new director of visual arts. His cutting-edge exhibits and international shows, from Barcelona to Beijing, make him the highest profile art authority to hold the post in the 30-year history of the institution. We are just full of good news!

Take a gander at the May issue of Food & Wine, which features Casamento’s, Cochon, Le Petite Grocery, Lilette, Parasol’s and Restaurant August. Congratulations all!