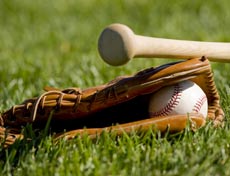 It is a continuing paradox for New Orleans: We want the world to know that the city has recovered while at the same time making clear that there is still much to be done. New Orleanians have faith in the future of the city, but we’re also taking inventory of the multitude of glaring, gaping holes in the recovery so that that future may happen. Viewing doom and hope through a single keyhole, the city’s people continually try to marry faith, confidence, patience and wise ambition. Nowhere is this more true than in New Orleans East, a ward of the city today, not only as a political district but also as a struggling, large swath of suburbia constantly looking to its neighboring districts and municipal government to find some way to help it propel forward. Out of this cloudy milieu comes perhaps the most notable development proposal New Orleans has seen post-Katrina: a concept first enunciated by Councilman-at-Large Arnie Fielkow, calling for the building of a modern sports complex in New Orleans East in conjunction with the national sports company Big League Dreams.

In a recent interview, Fielkow explained the details, theory and aspirations behind this project that should lead to great things for New Orleans East, the city in general and local sports fans. “We’re looking at building something that can be successful and create a good quality of life for our residents,” Fielkow explained, emphasizing that revitalizing New Orleans East is a priority in city planning. Meanwhile, the demise of Six Flags, while a setback, offers the opportunity of a large piece of property in addition to an adjacent piece of property for large-scale development. It is on this latter property that the sports complex would be built, but the two developments are in no way mutually exclusive.

Fielkow is unusually situated to approach this concept, due to his professional sports background working in executive positions in the NFL for the Saints and Major League Baseball. Because of his experience and contacts, he was approached three years ago about Big League Dreams, which has already built 11 such complexes around the country. Fielkow says that the complexes “are very unique in the sense that they are not actual parks or typical baseball or softball complexes; they are something very different. [Big League Dreams] builds a 50-acre site, and on each site they have six to eight baseball or softball fields, all modeled after former great historic stadiums around the country—a Wrigley Field, a Fenway Park, an Ebbets Field—and when you walk on to these replica fields, they absolutely look like, in a smaller version, those historic fields. Along with that, they build soccer fields; they build an indoor arena, which is a basketball arena that can be retrofitted for lots of other sports or purposes, batting cages, two sports bars and restaurants. It’s absolutely amazing.” Sports like volleyball, track, flag football and in-line skating can also be accommodated.

As part of this process, Fielkow spearheaded a tour with 30 key leaders, council members, legislators and community representatives to visit a recently built Dreams complex outside Dallas, Texas, and what they saw there inspired them. “We were just blown away. This complex was built in a new area of Dallas. There was almost nothing around it, and within a year of this complex being built, you had eight hotels open up, you had restaurants, you had community development all around it, and we walked around it and said this is exactly what we need for New Orleans. So that is what got us very excited about it.”

The local sports fan, and those cheering for the city’s success, should also get excited, given the possibilities for local recreation and competition mixed with sports tourism brought to reality by a business model that combines a healthy mix of civic involvement and private entrepreneurship. As Fielkow puts it, “During the week the complex is reserved entirely for the local community. You can have high school games, middle-school games, folks who just want to come in and use the facility or walk the track. It’s an entirely open complex locally, so that during the day it’s an entirely free complex—totally free. During the weekday evenings, it is reserved primarily for local league play or more high school or middle school sports, and there’s a small fee that’s charged with that, $4 or $5 a head or something similar. But Friday to Sunday it converts to being a world-class sports tourism site, where traveling baseball, softball and soccer or other teams all come for tournaments or regional events. And of course for all of those people coming, they’re spending three or four days in New Orleans; they’re staying at our hotels, eating at our restaurants and they’re spending a lot of dollars here. It’s very much a successful economic model.”

In a city sorely lacking in sports facilities, adults and youth alike, from independent sports league participants and individuals to those in NORD and school athletic programs, will suddenly find themselves with a place to go, and a superior one at that. In addition, tournaments drawing out-of-towners will fill up the weekend schedule and bring in even more tourists as part of the city’s burgeoning sports market at times of year when major events are not already taking place. This concept may further grow and be used as a national or international training site for soccer or other sports.

The idea offers the hope of businesses springing up around the complex, which would help New Orleans East specifically and the city generally. From a business standpoint, the project appears to be a win-win proposition, as the city would make the initial investment to construct the complex and then Big League Dreams would take over all costs, management and financial responsibilities and share revenue back with the city. The land—the 75-acre site adjacent to the Six Flags property—is available and perfectly sized, and while potentially complementary to the development of the Six Flags location, it is not at all in competition with it or dependent upon it. As Fielkow has mustered political support, local sports fans and civic-minded individuals should join together to make a groundswell of grassroots support for this truly unique and special project. It offers the very best of what sports, civic involvement, private entrepreneurship and government coordination can all bring, a figurative and literal field of dreams where quality of life can be improved through imagination and effort. Hopefully, our city’s wisest ambition will rise to the fore and find a way to make this concept come to fruition.