Know your risk factors, but first know your body 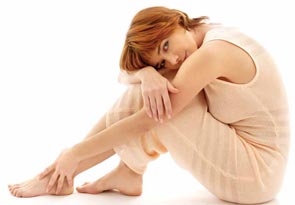 September is Ovarian Cancer Awareness Month. It is a misconception that it is an older woman’s disease. “The vast majority of women with ovarian cancer are typically postmenopausal, but it does occur occasionally in younger patients,” said Dr. Richard Kline, gynecologic oncologist at Ochsner Health System in New Orleans. There are several types of ovarian cancer, but the majority arises on the epithelial cells that are located on the surface of the ovaries.

Though the cause is unknown, gynecologic oncologists have some theories. “I guess part of the genesis of ovarian cancer has to do with the monthly ovulation and repair of the ovaries’ surface. At some point, it goes abnormal and those cells that are supposed to repair themselves and die a natural death, like all of our cells do, do not do that and they continue to grow,” said Kline.

Symptoms are nonspecific. “You can have pelvic pain, pressure or discomfort, abdominal swelling or early satiety, which means feeling full quickly when you are eating,” said Kline. Other common complaints of ovarian cancer include abnormal vaginal bleeding, frequent urination, change in bowel habits, tiredness, weight loss or unexplained bloating. Unfortunately, these troubles can mimic other conditions like irritable bowel syndrome. Even though most of the time these troubles do not mean you have ovarian cancer, it can be lifesaving to talk about it with your gynecologist.

Recognize what is going on in your body. “Symptoms are oftentimes due to the fact that the ovaries are enlarging and taking up space within the pelvis and abdominal cavity. Patients with ovarian cancer develop ascites, which is a collection of fluid within the abdomen that causes distention and swelling,” said Kline. Though sometimes enlarged ovaries can be felt on the pelvic exam, you cannot rely on the exam alone. “We are seeing more obese women, which make pelvic examinations more difficult to do,” said Kline.

Unfortunately, there is no excellent method of prevention for ovarian cancer. Preventing ovulation, such as with oral contraceptives as well as breastfeeding, is said to lower a woman’s risk. Women who have had their ovaries removed are unable to get ovarian cancer, but they are not immune from a rare type of cancer called primary peritoneal carcinoma, which is a close relative. “The one recommendation for years now has been that women should not use talcum powder because studies show it could migrate up through the vagina out the fallopian tubes and into the abdominal cavity,” said Kline. Positive lifestyle choices are not directly related to decreased incidence of ovarian cancer, but they can’t hurt. “The truth is that we all should be eating healthier and exercising more,” said Kline.

Your best defense against ovarian cancer may be to know your family history. “There is a threshold you have to meet based on your family’s history to be tested for the mutation of BRCA1 and 2,” said Kline. The recommendation depends on the patient’s age. “If a woman has completed her childbearing and has a mutation of BRCA1 or 2, the recommendation would be for a hysterectomy with bilateral salpingo-oophorectomy, which means removal of the uterus, cervix, tubes and ovaries. It is prophylactic,” said Kline. Remember that having the mutations does not guarantee that you will have the disease.

Aging is the number one risk factor, but there are other considerations. Going through menopause after age 50 and having a personal history of breast cancer or family history of ovarian, breast or colorectal cancer also puts you at higher risk. Women who have never been pregnant or conceived for the first time after age 30 have an increased risk. Still, it should be noted that there are women with ovarian cancer who do not have any of these risk factors.

Gynecologists lament that there is no recognized approved screening test for ovarian cancer. “We do an ultrasound and a physical examination and if a mass were to be found on the ovaries, we do a CA125, which is a blood test,” said Kline. Since the CA125 blood test can sometimes produce false positives, it is important to use it in combination with other modalities. Depending on the findings, it may be necessary for the patient to see a gynecologic oncologist. The Ovarian Cancer National Alliance reports that there are studies that show patients survival improves significantly when a specialist like a gynecologic oncologist takes charge.

Early detection is the key. There are four stages of ovarian cancer. In the first, the tumor may involve one or both ovaries. In the second stage, it may extend to other pelvic structures. In the third stage, the cancer may have spread to the lymph nodes or beyond the pelvis to the lining of the abdomen. In the fourth stage, distant metastases may occur such as to the lungs or liver. “Prognosis for Stage 1 disease can be in the 90 to 95th percentile survival rates. Stage 3 disease is unfortunately in about the 30 percent range,” said Kline. There are several options for management that take individual circumstances into consideration.

The usual treatment is surgery with a debulking operation. “The idea is to remove the uterus, tubes, ovaries and fat pad inside the abdomen called the omentum,” said Kline. Each woman is handled differently. “It may involve removing lymph nodes as part of a staging operation and trying to remove as much visible tumor as possible, preferably leaving individual nodules inside the abdomen less than a centimeter or even more preferably, no visible residual cancer inside the abdomen after surgery,” said Kline. Chemotherapy that is given either intravenously or a combination of intravenous and intraperitoneal is usually indicated afterward, even in Stage 1.

Advances are occurring, however. “The newest things being looked at are targeted agents, which are monoclonal antibodies being developed against what is termed vascular endothelial growth factors,” said Kline. Some drugs are going through clinical trials. “Avastin is going to help improve responses and long-term survival,” said Kline.

Women should know that there is a difference between ovarian cysts and ovarian cancer. Ovarian cysts are the fluid-filled sacs on the surface of the ovary that may occur during the childbearing years. They show up in response to hormonal changes during the menstrual cycle and as the ovaries produce and release eggs. The majority of ovarian cysts are harmless and disappear on their own without any medical intervention.

The best thing you can do for your gynecologic health is to be in tune to your body. Take the time to get to know yourself and realize what is normal for you. Build an open relationship with your gynecologist and address any questions or concerns on a regular basis.