Blown Away by the Zephyrs

Except for fan support, there’s nothing minor about New Orleans’ baseball team 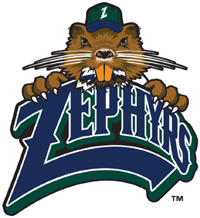 An ineffable quality of community, history, pace of life and competition can surround and imbue a baseball field. Except for an almost two-decade interruption, New Orleans has had a minor league baseball team since the 1860s, when the Pelicans debuted. The current edition of the Crescent City 9—the New Orleans Zephyrs—can be found playing week in and week out at LaSalle Park’s Zephyr Field during the summer. The team happens to hold first place in the Pacific Coast League South Division. (The Zephyrs became a member of a league seemingly devoted to the West Coast because its old league merged into that group to form a nationwide minor league system of 16 teams.)

Despite having won one AAA championship in 1998 (New Orleans’ first modern professional championship in a major sport), the Zephyrs undeservedly suffer from a dearth of media coverage and sports fans’ attention, even though they currently hold first place and have a truly beautiful modern ballpark. This summer, while the local arena league team engages in an ersatz brand of glammed-up sandlot football, and the Saints dutifully issue reports regarding OTAs (organized team activities) and training camp position battles, some of this nation’s best aces and sluggers can be found on Airline Drive.

On any given weeknight, families can spend time together in the cool evening cross breezes from the river and lake enjoying good food and drink while watching a great game that’s the most affordable sports ticket in town. Best of all, they can witness up-and-coming players, and a few past players of renown, working their way through the New York Mets’ farm system.

Lastings Milledge, albeit injured for part of the year, is one of baseball’s future stars. First baseman Andy Tracy, currently batting .301 with an onbase percentage of .537 and leading the team with 16 home runs, is a testament to the value of persistence and hard work. Sandy Alomar Jr. is a well-known veteran and former All-Star in the Big Show whose love of the game propels him to play catcher at the age of 41. No small feat, but in leading all team batters with at least 100 at-bats and a .333 average, he makes it look like it is. (He’s even stolen a base.) Former Tulane Greenie Jake Gautreau covers second and provides a local to cheer for, and with a .315 batting average and .609 slugging percentage, he is a key component to the team’s recent success.

Other notable team leaders have included outfielders Jesus Feliciano (batting .316), Ricky Ledee (recently called up to the Mets) and Chip Ambres (batting .287), catcher Mike DiFelice (batting .276), shortstop Anderson Hernandez (batting .255), and third baseman Fernando Tatis (batting .233). The starting pitching staff has a similar mix of promising youth, with Philip Humber, Jason Vargas, Adam Bostick, Brian Lawrence and Mike Pelfrey, and veteran experience with Jose Santiago. With a relief staff consisting of Ivan Maldonado and Jon Adkins, they have put up solid numbers all year long. Former dependable big league infielder Ken Oberkfell has 10 years under his belt as a manager and is probably destined for a top job in the majors one day; he seems to have translated his steady, consistent and reliable style into his Zephyrs’ players.

It is a shame that New Orleans failed to provide a home for the Zephyrs when they first came here from Denver. Minor league ballparks have proved to be important anchors in cities such as Memphis, Buffalo, Indianapolis and Birmingham, spurring redevelopment in struggling citycenter neighborhoods. The site of New Orleans’ former home of baseball, Heineman Park at Carrollton and Tulane, had long been occupied by a defunct hotel-turned-storage center, yet City Hall could not, in 1993, when the Z’s arrived, find the will, interest or financing to erect a stadium that would help bring its constituents together in the prime location of Mid-City. In 1999, the city decided to build a basketball arena for an NBA team that had not yet appeared on the scene, but still couldn’t appreciate the added value of a baseball stadium within the city. Because development and communal activities have become such premium needs, perhaps the fireworks, nightglow and cheers of appreciative families spending an evening together at LaSalle Park will one day convince it otherwise.