Susan M. Taylor, the new director of the New Orleans Museum of Art, plans to expand on the vision of her predecessor 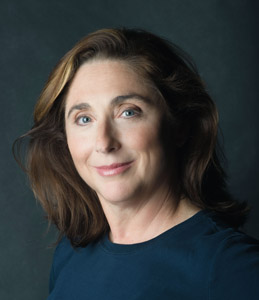 At the end of August, E. John Bullard, who served as the director of the New Orleans Museum of Art for 37 years, stepped down to become director emeritus. The museum conducted a national search to replace him, and the board unanimously selected Susan M. Taylor for the job. Taylor, an art historian from Buffalo, New York, has degrees from Vassar College and New York University’s Institute of Fine Arts; she also studied in Italy before beginning her professional career. She worked at the Solomon R. Guggenheim Museum in New York and served as assistant director and then director of the Davis Museum and Cultural Center at Wellesley College. For eight years, Taylor was director of Princeton University’s art museum. Most recently, Taylor was in charge of humanities programming for Isles, Inc., a nonprofit community development organization with a strong educational component. In late August, I visited with Taylor about a week before she officially took on her new position.

NOL: You were not looking for a job when NOMA began its search. How did you become aware of the job, and what persuaded you to come to New Orleans?

Susan M. Taylor: The museum [hired] an executive recruiter who contacted me. NOMA became extremely interesting to me because of where New Orleans is at this moment—a threshold moment—and there are tremendous opportunities to have an impact in the areas of education and to develop various community initiatives.

In what ways do you hope to extend NOMA’s impact?

As the museum moves more fully into a post-Katrina mode, there are opportunities to rebuild our education department. Also, I hope to develop a very engaged and active exhibition program that lets us build and connect with our audiences, so people will discover or rediscover the collection. We’ll explore various ideas about interpretation, such as how collections are viewed by people and who provides the interpretive voice, perhaps bringing in a writer to talk about the collection or object in the collection or a musician to perform in conjunction with an exhibition.

For us it’s very important to demystify the museum experience and to make the museum an available and accessible place. It’s up to NOMA to provide the necessary tools for that, whether through technology, interpretive materials or guides.

You’ve spent your career in the northeast. What is it like coming to New Orleans?

It’s a place that feels full of possibilities. It feels fresh and new in many ways, even though it’s a historic city. It’s been a welcoming, warm experience so far. My [9-year-old] son just started school here, and he’s very happy with it. People have been very warm and helpful. The museum staff has been amazing.

You’re succeeding E. John Bullard, who was the director for 37 years and took the museum to new heights.

It’s an interesting moment for a director to come in when another director is leaving. John has been one of the longest-serving museum directors in the country. I’ve known him for a long time, and I have an enormous amount of respect for him. [He] set the stage to take the museum to the next level. My job is the next chapter, to bring to the museum a different set of priorities and interests which will allow the museum to flourish in the 21st century. I can do that because he brought this museum to the point where it is today.

590
previous It's Showtime!
next Love, Love Them Do