Time for a Tune-Up 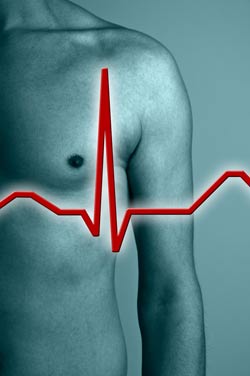 Men do not usually talk about going to the doctor. Most of the time, it takes serious pain or a major concern to get them to schedule a visit. You may be surprised to know that the urinary tract is most commonly responsible for men’s complaints, as it can bring on problems with obstructive or irritative symptoms. “ ‘Obstructive’ means things like slow urinary stream, difficulty getting the stream to start, difficulty emptying the bladder completely and ‘irritative’ means things like urgency or feeling a strong desire to urinate that you may have trouble inhibiting, having leakage of urine with urge incontinence or nocturia or going to the bathroom at nighttime,” says Dr. Sean Collins, an urologist at East Jefferson General Hospital.

Kidneys can bring on troubles of their own. “Kidney stones can develop with back pain or cause blood in the urine, and the biggest risk factor is not drinking enough fluids when it gets hot outside,” says Dr. Benjamin Lee, a urologist at Tulane Medical Center. The majority of stones are made of calcium but can also be due to recurrent urinary tract infections. “We know that lemonade has a chemical called citrate, which helps dissolve calcium to help prevent stones from forming,” says Lee. It is important to be proactive because if you develop a kidney stone, there is a 50 percent chance you will have a second one in the next five years.

Prostate screenings are vital but keep some men far from the doctor’s office. “Men are intimidated by the rectal examination, but it is not a big deal and takes 30 seconds while the doctor puts a gloved finger in the rectum and feels the prostate,” says Collins. The doctor checks the size of the prostate and whether there is a mass, nodule or hard area that would be concerning and warrant a biopsy. The exam is not anything to be scared of. “Most men leave and say it was not that bad and was worth it if we could find something that could save their life,” says Collins.

Lifestyle choices affect the prostate. “The diet that is best for the health of the prostate is the diet we should be on for cardiovascular health: a low-fat diet, rich in fruits and vegetables,” says Collins. There is evidence that lycopene, a substance found in tomatoes, is good for the prostate. Cruciferous vegetables like broccoli and cauliflower are also helpful.

Thankfully, a lot of progress has been made in this area. “Viagra, Levitra and Cialis are the big advances that totally changed the way the field is approached and who you can help with it,” says Dr. Robert McLaren, a urologist at Ochsner Health System.

Infertility is a common issue with men being responsible half of the time. “If you have borderline problems with your semen, you can avoid hot baths and jockey underwear and should wear boxer shorts because of the excessive heat of bringing the testicles close to the body,” says Baum. A semen analysis can be done at a urologist or reproductive endocrinologist’s office.

Young men may think they are invincible when it comes to health issues but they aren’t. “In young men, the most common thing we see is prostititis, which is an infection or inflammation of the prostate, and some men who are active or do bicycle riding can have numbness of the bicycle area, which can resolve if they cut back on riding or use specialized seats,” says Collins.

Every man responds differently. “Prostate enlargement is a normal part of aging but not everybody develops problems from it,” says McLaren. Know what to expect. “The prostate is a gland that sits outside the bladder and is normally about the size of a walnut,” says Lee.

Robotic surgery has revolutionized the way prostate cancer is treated and gives men hope as recovery is quicker and less painful. “The da Vinci robot has made the greatest impact and there are medications that can shrink your prostate that were not around 20 years ago,” says McLaren.

It is a good idea to get a blood test to check your testosterone level as well. “It indicates a decrease in production of testosterone by the testicles, which can be treated with hormone replacement therapy,” says Baum. You can do a self-exam of the testicles to screen for testicular cancer, which is common in men between 20 and 45. “They look for a little bump or lump on the scrotum on the testicle. I tell men that if they make a fist and feel the knuckle, that is what the testicle tumor feels like and they can get an ultrasound exam and blood test to help diagnose testicular cancer,” says Baum.

Making wise choices is helpful for all ages. “If you want to make yourself healthier, exercise, eat right and do not smoke,” says McLaren. To prevent heart disease, you should stay away from red meat, salt and other high cholesterol-containing foods. Your health may be partly determined by what you eat. “Men who have diets that are low in fiber and do not have regular bowel movements or have firm, hard bowel movements are at risk for colon disease such as diverticulitis and diverticulosis, which is inflammation around the colon that results in cramping, abdominal pain and difficulty with the stool,” says Baum. Foods with omega-3 fatty acids like cold water oily fish, salmon, herring, mackerel, anchovies and sardines are helpful.

Self-care is important for men of all ages. “It is interesting that in the top seven cancers in the United States, number one is prostate, number four is bladder and number seven is kidney,” says Lee. Thanks to screenings, lives are being saved. “The message we are trying to get out is that many of these issues are very treatable at an early stage,” says Lee. The health-care community has adapted guidelines with this in mind. “The American Urological Association and the American Cancer Society are really trying to get the word out,” says Lee.

This month is the time to take charge of your health. “The most common problems men run into are cardiovascular disease, prostate cancer and colon and rectal cancer, all of which can be prevented by visiting the doctor on a regular basis,” says Baum. A few tests can also be useful. “A stress test checks the heart and blood supply to the heart, a prostate-specific antigen and digital rectal exam rule out prostate cancer and a colonoscopy every five years checks for colon and rectal cancer,” says Baum.

Even if you feel fine, it is important to see your doctor. “Early hypertension has no symptoms whatsoever unless you go to the doctor and have your blood pressure taken,” says Baum. It can lead to a stroke, kidney disease or heart disease if it is not adequately treated. If you do experience any new or unusual symptoms, it is important to report them. “Heart disease can manifest itself as chest pain, indigestion, lightheadedness or headaches, which are signs of high blood pressure and decrease of blood supply to the coronary arteries and to the heart,” says Baum.

Self-awareness is an asset when it comes to protecting your health. Men are often consumed with taking care of their loved ones, however, and end up neglecting themselves. “The main point is that men need to take an active role in their medical care and need to treat their bodies as something very special that needs fine tuning just like their car,” says Baum.

151
previous Up With People
next Heal Like a Pro