For the Love of Art

A Celebration of the Cultural Season and Art in New Orleans 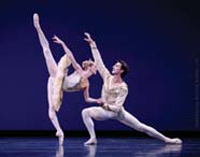 When I stumbled across this quote from Aristotle, my first thought was how apropos. I was in the midst of gathering information about the arts in New Orleans, a city whose outward appearance still bears obvious scars and wounds marked by a twoyear- old battle against nature, yet her soul and significance shine brighter than ever. We are living in a city bursting with contradictions, a city that may appear to outsiders as a weatherworn, beaten-down victim, but those of us who know her intimately see eternal beauty in her unbridled spirit and inner strength. I guess beauty is in the eye of the beholder.

One New Orleans facet that appears to be winning the rebuilding battle is the arts community. While many of the venues used by local arts organizations remain in disrepair, local support continues to grow with regard to both patrons and businesses, and New Orleans continues to attract top national and international groups and performers, which is particularly evident in the upcoming star-studded season for the New Orleans Ballet Association (NOBA) and in the exciting exhibitions slated for the New Orleans Museum of Art (NOMA). The New Orleans Opera Association (NOOA) is for the first time ever is encouraging a broader regional participation by offering a Sunday matinée series at a discount rate. And the Louisiana Philharmonic Orchestra (LPO) is expanding is performance schedule by introducing an impressive new series, packed with star studded line up of special guests, which will showcase North and South American musical influences.

The arts are some of our city’s greatest assets, so it’s vital to our community, to our recovery, and to our future generations that we cherish and support all that makes New Orleans special. From Puccini to Picasso, from Momix to Mozart, the cultural experiences that we crave await us, but it’s up to each and every one of us to assure that they will continue to flourish and will have a home in New Orleans forever.

New Orleans Ballet Association (NOBA)
www.nobadance.com; Box Office – 522-0996 ext. 201 The New Orleans Ballet Association is one of the only organizations in the Gulf Coast region committed purely to furthering the art of dance and dance education. NOBA’s education programs are recognized nationwide as a model for arts education. NOBA’s Main Stage program brings professional national and international dance companies to audiences in New Orleans each year.

NOBA is thrilled once again to offer a series of dance for the 2007-08 season that is as diverse and intriguing as New Orleans itself. The season lineup includes some of the world’s most exciting companies, including return visits by some of local audiences’ favorite dancers and troupes:

“The Best of Momix” by Momix – October 26 and 27
Complexions Contemporary Ballet – November 30 and December 1
“Tango Fire” by Estampas Porteñas – February 8 and 9
Aspen Santa Fe Ballet – March 28 and 29
“Absolute Ballet!” with dancers from Pacific Northwest Ballet – May 9 and 10

All performances will take place this season at Dixon Hall, located on the Tulane University campus. Curtain time for each show is at 8 p.m. Subscribers can save off the price of individual tickets by taking advantage of a ticket package. Seats for the Grand Series of all five events range from $120 to $320, a savings of 20 percent. The Favorite Four series, $104-$272, and the Try Three package, $78-$141, result in a 15 percent discount over the cost of single tickets.

Louisiana Philharmonic Orchestra (LPO)
www.lpomusic.com; 523-6530
In addition to its regular concert series lead by Maestro Carlos Miguel Prieto, the LPO introduces an exciting new series of special concerts, entitled “LPO Spotlight: Music of the Americas.” The Louisiana Philharmonic Orchestra, along with a host of guest artists and native New Orleans musicians will highlight the rich and varied music of North and South America. Featured performers include New Orleans-native and Grammy Award-winner Terence Blanchard, the award-winning Motown performance group Spectrum, Mexican folk group Tlen Huicani, and the Dillard University Chorus. All of the following shows start at 8 p.m. and take place at Dixon Hall at Tulane University except for the Gershwin Review which is at First Baptist Church on 5920 Canal Blvd.

Motown Uptown – September 29
Spectrum, a two-time “Best of Las Vegas” quartet, brings the best of Motown to life. The show unites the rich harmonies, dazzling costumes, and exciting choreography with the sound of the full LPO.

Terence Blanchard in Concert, “A Tale of God’s Will” – November 3
Terence Blanchard’s new concert-length song cycle for jazz quintet and orchestra is billed as “A Requiem for Katrina.”

Gershwin Revue – May 10
George Gershwin’s brilliantly synthesized jazz and blues elements with classical music and popular songs. Pieces include “An American in Paris,” “Rhapsody in Blue,” and “Suite from Porgy and Bess,” featuring the Dillard University Chorus. 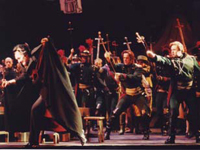 New Orleans Opera Association (NOOA)
www.neworleansopera.org; 529-3000
New Orleans is America’s first city of opera. On May 22, 1796, the first documented opera production on the North American continent, André Ernest Grétry’s Sylvain, was performed. The “modern” New Orleans Opera Association was founded in 1943 and is the only fully professional producer and presenter of opera in the city. Artistic Director and Conductor Robert Lyall select principal artists in annual New York auditions, and not a single season of the New Orleans Opera takes place without the involvement of Louisiana artists.

For those new to opera, NOOA is encouraging more participation this season by offering a Sunday Matinée Subscription Series at a discounted rate. Performances begin at 8 p.m. on Fridays and Saturdays and at 2:30 p.m. on Sundays. Ticket holders are encouraged to attend the Nuts and Bolts Lectures, which are free audience orientation sessions scheduled one hour prior to each performance in a venue next door to the theater. The 2007-2008 Season of Saints and Sinners includes: 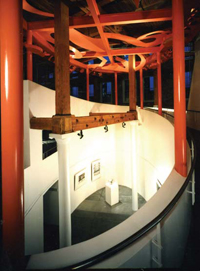 Contemporary Arts Center
www.cacno.org, 528-3805
The CAC is the home of modern multidisciplinary arts and cultural programming in the South. From bold experiments in visual arts, photography and sculpture to cutting-edge theatre, music and dance, the CAC celebrates the art of now. It’s housed in a 1905 tobacco warehouse, later used as a newspaper printing business and ice cream factory for the local K&B drug store chain. The building was renovated in 1990 and contains 10,000 square feet of gallery space dedicated to rotating exhibitions throughout the year. It also features a theater, where jazz, New Orleans music, theater, and dance performances happen, and a dance studio which is home to the Schramel Conservatory of Dance.

New Orleans Museum of Art (NOMA)
www.noma.org, 658-4100
The New Orleans Museum of Art, the city’s oldest fine arts institution, has a magnificent permanent collection of more than 40,000 objects, valued in excess of $200 million. The collection, noted for its extraordinary strengths in French and American art, photography, glass, African and Japanese works, continues to grow. The five-acre Sydney and Walda Besthoff Sculpture Garden at NOMA is one of the most important sculpture installations in the United States, with 50 sculptures situated on a beautifully landscaped site amongst meandering footpaths, reflecting lagoons, Spanish moss-laden 200-year-old live oaks, mature pines, magnolias, camellias, and pedestrian bridges.

As it has for 90 years, the New Orleans Museum of Art continues to be a gathering place for all those seeking to share the beauty of this extraordinary collection of world art and learn from it. NOMA engages, educates and enriches the diverse populations within, and drawn to, the New Orleans area. 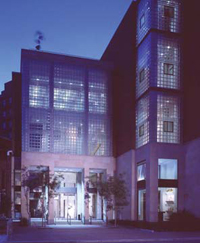 The Ogden Museum of Southern Art
www.ogdenmuseum.org, 539-9600
A gift of art from Roger Ogden and his father to his mother nearly 40 years ago marked the beginning of a collection that today forms the heart of the new Ogden Museum of Southern Art, University of New Orleans. Louisiana businessman and philanthropist Roger Ogden first saw Blue Lagoon, a Southern landscape by the early 20th century artist Alexander Drysdale, at a Baton Rouge art gallery in 1966. Captivated by its beauty, Ogden, a college student at the time, persuaded his father to help him buy the painting for his mother as a Christmas gift. For a number of years to follow, father and son continued the habit, fostering the younger Ogden’s interest in Southern art.

The collection Roger Ogden went on to assemble was one of the first to focus solely on Southern art, helping to identify and define the genre. Ogden’s collection helped to revive the forgotten works of great Southern artists and preserved an important aspect of Southern culture.

The Ogden sponsors a series of Southern musical concerts every Thursday from 6-8 p.m., which features musicians such as Carry Ann Hearts (Sept. 13), Dickie Landry with Jon Smith (Sept. 20), and Jeremy Lyons (Oct. 4). For a complete schedule of concerts and special events, visit www.ogdenmuseum.org.

The National World War II Museum
www.ddaymuseum.org, 527-6012
Dedicated in 2000 as The D-Day Museum and now designated by Congress as the country’s official World War II Museum, this remarkable attraction illuminates the American experience during the WWII era with moving personal stories, historic artifacts and powerful interactive displays. From the Normandy invasion to the sands of Pacific Islands and the Home Front, the Museum brings to life the teamwork, optimism, courage and sacrifice of the men and women who won the war and changed the world.

War in the Winter
On view now through December 29

209
previous A model writer
next Morgus the Magnificent