Hello, my little Chickadees! I know lately it has been like an inferno out there, but I have some cool tidbits to share with you. To prove that cool weather is on the horizon, Saks recently showcased the Escada 2007 Fall Collection during a luncheon at Arnaud’s. The haute couture ladies were then ushered back into limos for an in-store champagne reception. You know those wedding bells I thought I heard last month in Saks Fifth Avenue? Well, it seems that congratulations and best wishes are in order for newlyweds Walter Christy and Saks General Manager Carolyn Elder. And the latest… French Quarter entertainer Chris Owens and her beau Mark Davidson were spotted at Riche in Harrah’s receiving congratulations on their recent engagement.

Well, we all know that the Whitney White Linen Night and the following Saturday’s Royal Street Dirty Linen Night (founded by artist Freddie Guess) were touted as the most successful ever! How’s that for a shot of courage! We have many good things going on in the city. Nora Fine and Fatma Tucker graciously hosted the recent “Evening in Istanbul” event to benefit the Sister Surviving Association of breast cancer survivors. The lovely Plimsoll Club was the venue. Guests dined on Middle Eastern food while they admired belly dancers who swirled around the jewelry and Turkish rug sale. Oompah-pah!

Windsor Court Hotel General Manager Hashish Verma announced Chef Greg Sonnier, formerly of Gabrielle, is now executive chef of the Grill Room. The James-Beard-award nominee was also named Best Chef–South in Food & Wine’s 2005 top ten chefs in America. More buzz… Joe Plavetsky, was named maitre d’ of the Rib Room after the retirement of Dalton Milton. Patrick Van Hoorbeeck, formerly of the Bistro at Maison de Ville and Peristyle, is assistant maitre d’ as well as being the ubiquitous King of the Krewe of Cork. Oh, and have you been to Iris on Jeannette Street uptown to partake of Chef Ian Schnoebelen’s cuisine? He was named one of the ten best new chefs in America in the July issue of Food & Wine… Kudos to all!

It was fun and frolic when Rolls Royce Club members and friends recently motored up to Baton Rouge for a Sunday soirée at Galatoire’s new bistro there. Warren Milan, president of the organization, said, “Although Galatoire’s in the French Quarter is an historic gastronomic iconic landmark that can never be surpassed, the restaurant and road trip were delightful.”

On the literary horizon, Rosemary James of the Faulkner Society invites everyone to “Happy Birthday, Mr. Faulkner,” a free program happening September 25 at the Cabildo at Jackson Square from 7 to 8 in the evening. Afterwards, there’s a party at the Faulkner House in Pirate’s Alley. Call 586-1609 for party tickets. Y’all come!

I bid you adieu. 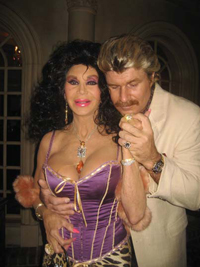 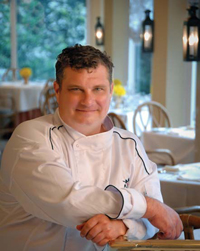