From The Russian River, With Love 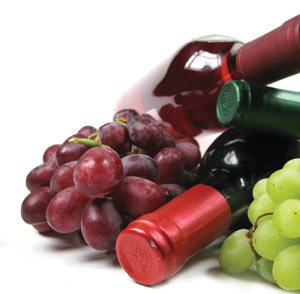 Some of the most sensational, tantalizing Pinot Noir and the most heavenly Chardonnay from Sonoma County are Russian River Valley wines. The American Viticulture Area covers the border of Mendocino County to Guerneville to Occidental to Sebastopol and Santa Rosa. Within this bunch, there are two sub-American Viticulture Areas, Green Valley and Chalk Hill. Both are intriguing in their own right.

Green Valley is encompassed by the Russian River Valley and Chalk Hill sits east of Highway 101 slightly north of Santa Rosa. The northern California wine region is fairly new, having been given the cold shoulder by winegrowers until the 1980s. After being disregarded for so long, a few unflinching, bodacious people began to take notice of the magic dust given off by the coastal cool climate. Thereafter, they started planting vines and, opportunely and to their advantage, making wine.

Over the subsequent 20 years, the amount of wineries and vineyard acreage has expanded to around 15,000 acres of planted vines. This growth occurred as a result of some denominating forces that characterized the region, such as geology and climate, and interesting features like the Russian River, San Andreas Fault, volcanoes, sun and fog. The Russian River leaves a soil that drains nicely and denotes the character and intricacies of the region’s precious grapes.

The final prominent forces are the Pacific fog and powerful California sun. Stemming from its nearness to the cool Pacific, the fog eases through the river and all of its tributaries, big and small. In the evening, the temperatures drop and it feels more comfortable. This distinct cooling effect of the region’s fog is typical of the Russian River Valley wines and separates this region from the rest of the regions across the state of California.

While it is accurate to say the majority of the popular grape varietals in California develop in the Russian River Valley wine region, there actually are a mere two that really reflect the area well, Pinot Noir and Chardonnay. There are a slim number of locations outside Burgundy where Pinot Noir can successfully emerge and showcase the grape’s magnificence. The Russian River Valley is obviously one of its destinies. In that special place, the Pinot Noir seems to be fruit-driven with wild strawberry, raspberry and cherry flavors. When you add tea, smoke, bacon and citrus flavor, these compounded Pinot Noirs share their brilliance through the Russian River fog.

In California, Chardonnay remains a favorite. Even so, much of its excellent reputation has come from a pandemic style in which it is made, with malolactic butter and oaky vanilla. The type from Russian River Valley leans toward preferring the Old World style of Chablis and Burgundy. Wines from there typically are fruit-flavored, such as pear or apple, or the sourness of lemon. They have a powerful, capturing scent that is rich and more balanced than other wines in the warmer parts of California.

There are still other varietals to choose from. Cabernet Sauvignon and Merlot are grown in California but not to the same extent as the other styles. There are some Zinfandels worth mentioning that are produced in some of the hillside vineyards. Syrah is appearing in much greater frequency on producer’s wine lists at this time compared to the past. The region’s cooler climate is causing dark wines to have more similarities with a Northern Rhone than an Australian Shiraz.

In New Orleans, we are lucky to be home to Rouses, which celebrates and brings us some of the finest wines and spirits in Louisiana and along the Gulf Coast. They are constantly expanding their domestic and international collection of wines and recommend some labels for our readers below.

178
previous Vivaldi or Journey: Who’s Playing in Your Wine Cellar?
next Summer Wines