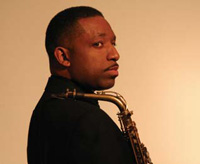 During the final minutes of last year’s Voodoo Music Experience, just after Irma Thomas had finished serenading the intimate crowd in the Preservation Hall Tent, we headed toward the exit through a darkened City Park and in the distance heard a wail, “Somewheeere over the rainbow, skies are bluuuue …” The plaintive but powerful voice was calling us, and as we got closer we were lifted by the sounds of Fred LeBlanc, Cowboy Mouth’s iconic front man, closing out his set with his a capella rendition of the Wizard of Oz classic. As the record-breaking crowd rocked out with the Flaming Lips at the Voodoo main stage, thousands of locals swayed and sang along with LeBlanc: “There’s a land that I heard of, once in a lullaby.” Among many great Voodoo memories, this one stands out as I prepare for this month’s expanded 2007 Voodoo Music Experience.

Voodoo is one of the hottest music festivals in the country, known for breaking an eclectic mix of emerging artists like Moby in 1999, Eminem in 2000, the White Stripes in 2003 and booking comeback shows by legendary bands like Velvet Revolver and the Beastie Boys in 2000, Iggy Pop in 2003 and Duran Duran in 2006. Alongside these national acts, New Orleans musicians have always been included, with the WWOZ stage serving as the main platform for the Crescent City acts. However, the number of New Orleans artists was amplified last year with the addition of the Preservation Hall Tent. Local legends like Wardell Quezergue, Rockie Charles, Jon Cleary, Marva Wright, Irma Thomas and many others caused the Atlanta Journal-Constitution to write, “The real New Orleans party was at the Preservation Hall Tent where the soulful and flamboyant Wild Magnolias had fans dancing on top of benches.”

The VME is a user-friendly festival, located in the beautiful world of City Park. It is divided into three distinct areas: Le Ritual, where the huge Voodoo & Playstation/Billboard.com stages compete with an eclectic mix of emerging artists and national headliners. This year’s hot new artists include MIA, a young woman of Sri Lankan descent via the UK, who performs a mixture of Bhangra, reggae and hip-hop; Paolo Nutini, a soulful 22-year-old crooner from Scotland; the reunion of rockers Rage Against the Machine; and Billy Corgan’s Smashing Pumpkins.

Le Carnival is the area where music meets bohemia. The home of the NOOMOON Tribe, Le Carnival pushes the envelope and will have a new addition this year—the Bingo! Parlor, named after the performance art, rock group the New Orleans Bingo! Show. The Bingo! Parlor promises to bring performance art to new heights with the Aurora Aerial, Fleur de Tease burlesque show and an all-star tribute to Ernie K-Doe featuring Clint Maedgen.

Among the great music are food booths, retail vendors, community organizations, Playstation video games and tons more. Be sure to check it out!

Laura’s Picks…Acts Not To Be Missed!

204
previous The Beat Is On
next Magic Man