One-on-one with Steve Rehage, the producer behind Voodoo Music Experience 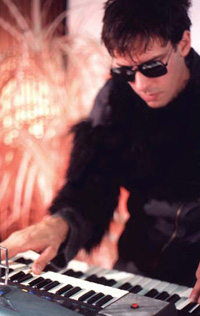 Many people don’t realize that you grew up in New Orleans. Where did you attend high school, and what was it like growing up in the Ninth Ward?
I ended up graduating from Bonnabel, but lived in what is now the pink and green shotgun right over the tracks on St. Claude till I was 11 or so. It was an easy walk home from the Saturn Bar, from what I can remember.

I recently met a woman who said she was part of your secret fan club at LSU. What are some of your best LSU memories? You were probably there when it reigned as one of the top party schools in the nation. How did you survive?
Really? She did a good job on the secret part of the club. Were there any other members?

There are too many special people and memories from college to do a Letterman Top 10 kind of thing. Certainly being given the opportunity to play football at LSU shaped my time there. It was a very intense and competitive atmosphere in which you were graded every Saturday in front of 80,000 people, and on national television. In hindsight, it provided some great training for what we do now. And yeah, we did our best to keep our partying reputations up to par.

I’ve watched Voodoo grow from the days of Eminem, 50 Cent, the Playstation DJ tent, which I loved, to Iggy Pop, Duran Duran, Smashing Pumpkins and now a Preservation Hall Tent. How did you grow Voodoo into this nationally respected music festival?
Voodoo was nominated for Pollstar’s Festival of the Year in its second year and multiple times since then, so in some way I think the event was more respected on a national level than it was locally for a while. At the end of the day, I don’t think people concern themselves with awards or “respect” issues when it comes to the luxury of going to a music festival. They just want to see great live music and share an experience; from day one I think we have delivered that.

What are some of your Voodoo highlights over the last nine years?
There are many, but nothing tops the 2005 event. The fact that we got to lie in the grass in Audubon Park 59 days after the levees broke and listen to the best music in the world was not only a Voodoo highlight, but one of the best of my life. If you are not from New Orleans, you probably can’t truly imagine how difficult the days after the storm were, or even what life has been since. But for 12 hours, two months after Katrina, there was no Sheetrock, no mildew, no insurance papers, no FEMA … just green grass, a place to reconnect with friends and lots of much-needed music.

You enlist many local people to make Voodoo happen. From local production staff to artists, how many people does it take to make Voodoo happen?
Events such as Voodoo essentially become a small city for a weekend, so on show days, I would say that upward of 1,500 are orchestrating the chaos.

I loved the Revlon Run/Walk that you started in New Orleans. What are some of your other projects?
Out of our New York offices, [Rehage Entertainment] does somewhere between 20 and 50 productions in any given year. The project you mentioned, the Revlon Run/Walk for Women is an office favorite, and we just wrapped up the 10th anniversary this past May in Times Square. To be part of a team that has raised and distributed over $50 million for research and support programs working to find a cure for women’s cancers has been a privilege. Some of the other projects we have created and/or produce are the LoMcXimo de la Musica Tour, New York City’s RiverRocks Summer Concert Series, the Yahoo! Online Music Awards, Women’s Health: Are You Game, Tiesto in Concert, the Smokin’ Grooves Tour, the Armani Beach Dance Tour, etcetera. Some people may remember Planet Hoops, Spike and In The Zone, all sporting events that originated in New Orleans when we started the company.

Who are you looking forward to seeing at this year’s Voodoo?
Ben Jaffe’s [from the Preservation Hall Jazz Band] tuba solo during Rage’s “Killing in the Name Of” should be good. For me, it’s about the collaborations, like the Red Hot Chili Peppers and the Meters last year. Those are the moments I look forward to. I love getting the text from friends that say “Trombone Shorty, Big Sam and Dan Dyer are about to rip ‘Gilded Splinters,’ get to OZ/SoCo now.”

After Katrina, when we were all in doubt about the city and our lives, you decided to stage a mini Voodoo at Audubon Park. Why?
Like many of us, I woke up one day and the world had changed. The city you grew up in and loved was gone, in the most horrific way. I can’t really say why we did what we did—it was mostly instinctual. I did feel the festival represented sort of a parallel story line with a lot of people’s lives; displaced, confused, pissed off, and not knowing what to do next. I remember feeling that if we stopped moving, we would die. There wasn’t another option.