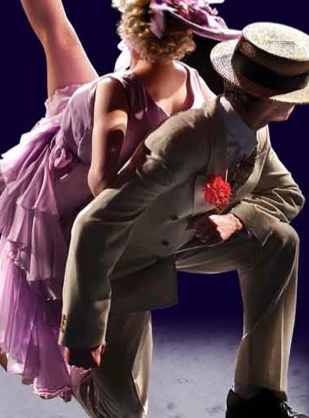 New Orleans native Diane Lala is a full-time professor of musical theater at the prestigious University of Cincinnati College Conservatory of Music, but she returns home every summer – not just to visit family but to work with Tulane’s Summer Lyric Theater, which has charmed audiences with its productions of old and new Broadway musicals for the past 44 years. Lala has a long history with Summer Lyric – she was in her first show there when she was an 18-year-old undergraduate student at Loyola; she choreographed for the first time around 1989; and she’s been working there regularly for the past 10 years. I recently discussed Summer Lyric’s upcoming production of “The Drowsy Chaperone,” which runs August 4-7, and which Lala both choreographs and directs.

Summer Lyric Theater is in its 44th season. How do you explain its enduring success?

One of the reasons it’s been around for so long is the quality of the entertainment, as well as the fact that their shows have a full orchestra, which is rare these days. Summer Lyric presents three shows every summer and tries to present variety in the shows that it presents.

I saw “The Drowsy Chaperone” in New York years ago, and I fell in love with it. Every season when Michael (Howard, Summer Lyric’s artistic director) would start to choose the shows, I’d tell him, “You have to do ‘The Drowsy Chaperone.’ I really want to direct it.” It’s such a great show for Summer Lyric because it’s new, so it will appeal to younger audiences, but then the content like you said is a send-up of that old musical theater genre that our audiences have come to know and love. It’s kind of a combo platter of old and new.

How would you describe “The Drowsy Chaperone”?

It is actually a show within a show. There’s a character called The Man in the Chair, and he tells the audience about his favorite 1928 musical, “The Drowsy Chaperone,” and as he does the show comes to life on the stage.

Who are some of the actors who’ll be in the show? Are there any local favorites?

Our Man in the Chair, Bob Edes, is fabulous. This is a wonderful show for him. Tulane Summer Lyric favorite Liz Argus will be playing The Drowsy Chaperone. Former Tulane student Katie Howe will be in it, as well as Ken Goode, who graduated from there several years ago. Bob Pavlovich and Vatican Lokey are popular performers from around town.  One of the interesting things about this show is that there are only four ensemble members, so everyone in it must be very strong. All the principal actors are also in the ensemble. They have to do it all.

You’re directing and choreographing. What is it like wearing both hats?

The good side of it is that I have a really good sense of the through line of the show. I know exactly where everyone will be at the end of a scene, so I can get into a dance number. I don’t have to worry about what the dance number is going to look like because, as choreographer, I already know. The down side, I guess, is that it’s a lot of work and keeps me on my feet the whole rehearsal process. But I enjoy it and I love being able to have that whole vision.

You have a background as a performer as well. How has that helped you as a director and choreographer?

Because I was a performer and dancer I know people’s limitations in terms of how much they can absorb in one day. I also try to be aware of the cast’s time. I don’t like to keep them sitting around for hours before they have to do something. It makes me a little more aware of what they’re going through, so when someone is struggling with something I have insight from both sides. If the director hat isn’t working for me, I see it from their point of view and try to help from there.

What else should our readers know about the show?

It’s something new, and it’s going to be a wonderful production.  Again, we’ll have a full orchestra. We have a great set by Rick Paul, who is doing the whole season this summer as he did last year. I really think it’s going to be spectacular.

Summer Lyric has a large subscriber base, but there are plenty of tickets available to the individual productions as well. For information, visit www.summerlyric.tulane.edu/boxoffice.cfm or call (504) 865-5269.