A Man of Great Tastes

Greg Reggio and The Taste Buds serve up great food and dish out community spirit. 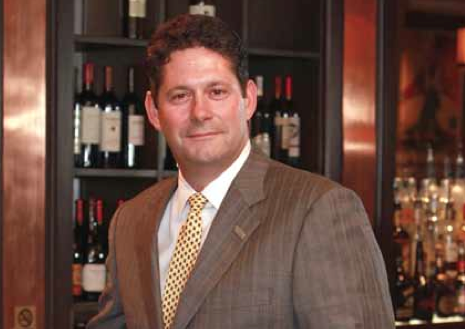 The affable restaurateur Greg Reggio may not appear on national TV shows or spice jars like some New Orleans chefs. But even if they don’t know his name, most New Orleanians are quite familiar with his two casual restaurant chains – Zea and Semolina. Managed along with his two partners, Hans Limburg and Gary Darling, Reggio’s establishments have been prominent fixtures on the New Orleans-area dining landscape for the last two decades.

Going under the company name of The Taste Buds (pun on the word “buds” intended), the three partners have gravitated to different roles. From a culinary standpoint, Darling takes up the lead, and he tends to be on the ground most at the various restaurant locations. Limburg handles operations, accounting, real estate and new construction. Meanwhile, Reggio looks after government affairs, industry issues and charitable events.

And in the charitable arena, Reggio has been quite active on that front so far this year. He helped organize Liuzzapalooza, a big New Orleans-style music and food festival that raised $130,000 for the owner of Liuzza’s on Bienville Street in Mid-City. The owner, Michael Bordelon, had suffered injuries from a car accident and was having trouble paying his medical bills. And although he didn’t organize them, Reggio has taken part in other recent benefits for chefs overcome by medical bills, like Matt Murphy of The Ritz-Carlton and Nathanial Zimet of Boucherie.

“The restaurant industry is a big, extended family,” Reggio says. “People move within the industry a lot, and everyone knows everyone else. It’s hard work in hot kitchens and small spaces, so we develop a lot of camaraderie and look after each other.”

Liuzzapalooza was staged just a week or so after Reggio led a caravan to Tuscaloosa, Ala., which had been ripped apart by tornados in April. He and his crew brought fresh Louisiana seafood, Louisiana music (notably, Amanda Shaw) and Louisiana love. Reggio had put on a similar event in Joplin, Mo., which had also been a victim of tornados.

“Our mission was not just to feed people on a food line. We also wanted to lift their spirits, to let them know others were thinking about them.” Reggio says. “I know many of these people helped us out after Katrina, and we may need their help again. We’re paying it forward.”

Considering that he’s the Taste Bud who’s most involved in regulatory affairs, Reggio is quite active in the Louisiana Restaurant Association. The association certainly recognizes his involvement. At an August gala, he received two awards—the Restaurateur of the Year Award and the Active Member Award—the first time in the association’s history that anyone has received two awards at once.

The Taste Buds venture owes its start to the actor Kurt Russell. All three partners were chefs and friends, with Darling and Reggio working for Copeland’s during that restaurant group’s heyday and Limburg cooking at a casino in Lake Tahoe. Russell brought them to Hawaii to cook breakfast, lunch and dinner for a celebrity fishing party of 75. One evening, when the three men were relaxing and drinking on the beach, they talked about taking all this a step further.

It may have been the Mai Tais talking at the time, but The Taste Buds didn’t let their ambitions evaporate. They started out consulting and eventually came up with the concept of the pasta restaurant Semolina. The first one was wildly successful on Magazine Street and soon enough there were locations all over the New Orleans area. The Taste Buds sold the chain a little over 10 years ago, but it did not do well under the new owners.

“They were money folks, not restaurateurs,” Reggio says. The Taste Buds ended up buying back Semolina, which is down to one location, and Reggio says one day it may return in force after people start to miss it some.

But in the meantime, the main focus of Reggio and his partners is Zea, with eight locations in Louisiana (and one more coming soon to Slidell) and also outposts in Alabama and Albuquerque.

According to Reggio, the name of the restaurant comes from Zea mays, the scientific name for corn. When the partners were developing the menu, Reggio knew he wanted to include a side of roasted corn grits and another side of sautéed corn based on his mom’s old recipe. People say in Louisiana that we don’t eat to live but live to eat, and Reggio had read in a food publication that “zea” is related to the word “to live” in ancient Latin since corn is a life-giving crop (but he hasn’t been able to confirm this bit of trivia). In any case, a big Z on the side of a building looks cool.

The headquarters of the company, which employs around 700 people including 40 in management, are in a building at Oak and Dante in the Riverbend.

“It’s a great space with an interesting history. It used to be a book-making facility and at one point it was the club Muddy Waters,” he says. “The only thing I’m bummed out about is there’s no research kitchen in there. I’m thinking about building one.”