Kingsley House: Improving Quality of Life in the City for 100 Years 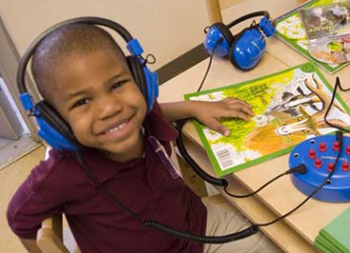 In 1896, Trinity Episcopal Church and Touro Synagogue opened Kingsley House in the Lower Garden District. They charged it with the mission to “educate children, strengthen families and build community.” Today, Kingsley House provides children and families throughout the New Orleans area with a wide range of services, including Head Start and Early Head Start preschool, counseling and health-care services, and after school programs. Executive Director Keith Liederman spoke to New Orleans Living about how Kingsley House for more than 100 years has improved the quality of life in the city.

Why was Kingsley House founded?

We had a desperate pocket of poverty here in the Irish Channel and Lower Garden District with a mostly immigrant population of Irish, Germans and Italians. Our founders moved in to this property in the Irish Channel with no preconceived notions about how to resolve the problems but with a steadfast determination to work with the community to find the answers.

At the time, were there other social services in the city?

Nothing through the government. We had religious organizations. We also had what they called ‘charity organization societies’ that were a compilation of religious organizations and other groups. But they were very limited in scope. Social work didn’t exist as a profession back then. In fact, Kingsley House started social work in the Deep South. In 1910, we created the Southern School of Applied and Behavioral Sciences in collaboration with Tulane University. That morphed into the Tulane University School of Social Work, which is the fifth oldest school of social work in the country.

From the beginning was Kingsley House’s mission, as it is now, “to educate children, strengthen families and build communities”?

Yes. The first thing our initial staff did with the neighbors was to start the first childcare facility in New Orleans. The first free kindergarten in Louisiana started at Kingsley House. We started the first playground in New Orleans in the early 1900s. At the same time, we began doing the first organized activities for children and youth. That was the forerunner of NORD.

How else has Kingsley House changed the social fabric of New Orleans?

We started the first programs for the sight impaired in Louisiana, and that became Lighthouse for the Blind. We promoted a lot of social change through advocacy on policy issues. We led the fight against child labor and worked towards getting the first restrictive child labor laws imposed here in Louisiana. When tuberculosis and yellow fever plagued the city in the early 1900s, we helped organize efforts to control those diseases.

What was Kingsley House’s role in the second half of the 20th century?
When it came to civil rights and human rights, Kingsley House was at the forefront. At the time of the Civil Rights Act, most organizations were closing their doors rather than comply with the new law. We had, in fact, already integrated all of our programs in the early 1950s when it was illegal to do so. We also had the first integrated swimming pool in the city.

What challenges confront Kingsley House at this point in the 21st century?

We’re still in many respects going through this economic downturn. In for-profit organizations, when the demand is up they have more sales and more revenue comes in. In a not-for-profit business, at the time of an economic recession, the demand skyrockets but the revenue to meet that demand plummets.

How was Kingsley House affected by Katrina?

We were in that “sliver by the river” that didn’t flood, but we still had about $4 million of damages to our facilities. Most of our funding sources either froze, suspended or terminated their funding. So our monthly revenue went from about half a million dollars to about $45,000. Of that, 90 percent of it was coming from the United Way.

What help did Kingsley House offer immediately after Katrina?

A lot of mental health. People had lost everything. Many of the families that we work with had loved ones who either died, were injured or were displaced. That whole social fabric that many of our families have here was completely eroded and eradicated. We started resource directories and we also did door-to-door outreach in repopulated neighborhoods throughout the metropolitan region. There were hundreds of other nonprofits that came back soon after we did. The impact that the not-for-profits had on the city and the region’s recovery is one of those things that constantly slides under the radar screen.

What can the Kingsley House do to ensure that it survives another 100 years?

We’re a learning organization. We recognize that change is a constant. Like we’ve been doing since day one, we really take the lead from the community.

The Kingsley House and the Young Leadership Council host “Get Fired Up for the Kingsley House” on Friday, October 14, from 6 p.m. to 9 p.m. at 1600 Constance St. The fund-raiser features music by Kermit Ruffins and the Barbecue Swingers and food from VooDoo BBQ. Admission is free, but donations are requested. For information, visit kingsleyhouse.org.