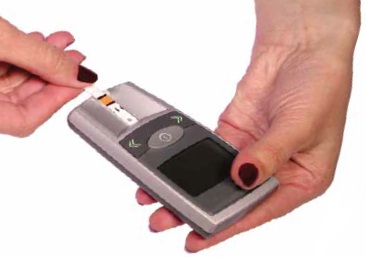 The statistics on diabetes are alarming. “There are millions of people with diabetes and half of them do not even know they have it,” says Rose Wade, diabetes educator, pump trainer and program coordinator at East Jefferson General Hospital Diabetes Center. Most figure it out by experiencing the consequences. “A person will come into the emergency room with chest pain or a bad headache and when they do a workup on them in the emergency room thinking they are having a heart attack or stroke, they notice their blood sugar is high, so they test the patient and find out he has diabetes,” Wade says.

Awareness is essential. “The key is trying to get the word out that people who have a family member with diabetes are at risk for getting diabetes,” says Wade. Patients should let their doctor know about their family history so they can be screened with a blood test once a year. Those who are overweight also should be concerned. “Eight out of 10 people who are obese both have diabetes or what we call pre-diabetes and may not even know it,” says Wade.

Know your numbers. “We diagnose diabetes with a fasting blood test and if the number is 126 or higher, the doctor is supposed to repeat the same test on another day to make sure it was not a fluke,” Wade says. If both values come up 126 or higher, it is a diagnosis of diabetes. “If you do not have a fasting test done and ate a couple hours ago, it is called random plasma glucose and if it is greater than or equal to 200, it is a diagnosis for diabetes.”

Dr. Sam Andrews, an endocrinologist at Ochsner Health System in New Orleans, says the number of people with type 2 diabetes is high. “Ninety-five percent of people in the United States with diabetes have type 2, which is genetic but also dependent upon weight and diet to some extent.” Besides this group, there is a category of people with pre-diabetes. “We diagnose pre-diabetes by measuring the A1C level, which looks at the average blood sugar back to three months,” Andrews says.

Individuals with diabetes may need short-acting insulin before eating and long-acting insulin at nighttime. They may use insulin pumps, which have become more sophisticated. “They can calculate the amount of insulin you need and communicate with the blood sugar device, so if you tell it you are going to go out and eat a hamburger, it tells you how much insulin to take when you push the button,” says Andrews.

Glucose centers are also available, which are similar to the pump and have a needle inserting into the abdomen into the soft tissue. “It measures the blood sugar continuously, gives you a graph and has some whistles if sugar is starting to drop or go too high,” Andrews says. The drug Metformin is most commonly prescribed and can also help prevent diabetes for some years.

Be aware of the signs of diabetes. “Drinking and urinating a lot are symptoms of high blood sugar but because we live in New Orleans where the weather is so fickle, sometimes we drink a lot because it is hot and humid,” says Wade. Another indicator is dry skin.

Though diabetes does not go away, it can be controlled. The only type that goes away is gestational diabetes. “That generally happens when a woman is in her sixth or seventh month of pregnancy, when the pregnancy hormones are interfering with her body’s own insulin to get the sugars out of her blood and into her cells,” Wade says. Once the baby is born the pregnancy hormones are no longer there but the mom is at higher risk for getting type 2 diabetes in the future.

The best prevention is making healthy lifestyle choices. “A lot of people do not have to be diagnosed with diabetes if they can get educated before the diagnosis,” says Valerie Burton, nurse and diabetes educator at Touro Diabetes Center in New Orleans.

Some people are at higher risk than others. “If you are over 45, have a family history, are overweight especially in the middle or are inactive, diabetes can be prevented,” Burton says. Managing medications can make a difference, as well as taking care of your overall health.

If you have diabetes, be sure to line up your resources. “The way most diabetes programs work is you come in for an initial assessment where we assess your specific needs and formulate goals, you take classes and then there is a follow-up one, three and six months after,” says Burton.

Managing diabetes is a process, and support groups can be helpful. “People do much better when they have someone to be accountable with,” Burton says. Diet is the biggest issue. “You should decrease refined sugars and follow the Mediterranean style diet, have fruits, vegetables, whole grains, lots of water and increase activity and your steps,” Burton says. Diabetes does not have to be a negative experience. “Our motto here is that life can still be sweet,” says Burton.

There have been big advances in therapies. “There is the GLP-1 agonists and Victoza, which are great drugs that not only increase insulin secretion but decrease glucose secretion, which helps blood sugar go down,” says Andrews. Insulin is a good drug for controlling sugars but the risk of blood sugar dropping too low always exists. “These molecules are intelligent and recognize when blood sugar is down and do not make more insulin at that time, so it stops working and making the pancreas secrete insulin,” says Andrews.

There is another class of oral drugs called the DPP-4 inhibitor. “Other advances we learned through the years are how to control blood pressure, cholesterol and weight,” says Andrews. It is important to take charge of the things that are within your power. “If we could get people to keep their weight down, the whole nation would be healthier,” Andrews says.

240
previous The ABC’s for Keeping the Home Healthier for Children
next Colds, Cold Sores and Vitamin C