Celebrate the Holidays at Loyola

Integrate the arts into your holiday festivities 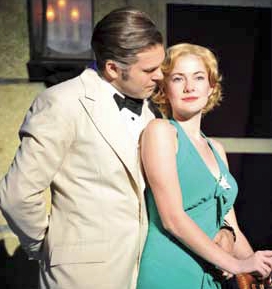 New Orleans is replete with holiday-themed concerts, shows, and other events throughout December. Loyola is a big part of the festivities, with its popular Christmas concert, a Singing with Santa program, and a concert by the school’s Symphony Orchestra – all free and open to the public.  Recently I discussed these programs with Donald R. Boomgaarten, Ph.D., Dean of Loyola’s College of Music and Fine Arts.

You came from Loyola Maryland a few years ago to take over as director here.  How do you like it in New Orleans?

I love it in New Orleans. When I first came here on my interview, I went back to Baltimore and told my wife, “New Orleans reminds me of someplace, and I can’t quite put my finger on it.”  After a day or so I realized that it reminds me so much of Vienna.  I lived in Vienna for about 10 years, and it has the same kind of focus on culture and art.

You have a few big concerts this month.

The biggest event is Christmas at Loyola on Sunday December 4th at 3 p.m.  It’s a celebration of music related to the Christmas season. Many of our ensembles, including our symphony orchestra, our chorale, our brass choirs and even our jazz band get involved. They do some really exquisite pieces each year. There also are carols with which everyone can sing along, so there’s an audience participation aspect, which is very nice. There’s a brief address by the University President, Reverend Kevin Wildes, at the end, and I say a few words at the beginning. But mostly it’s about music.

The concert is preceded by an event called Singing With Santa for parents and kids, in the Joseph A. Danna Student Center.  Often people will come over from that to the concert.  Usually, Christmas at Loyola is packed with people.  It’s one of the most popular Christmas concerts in the city.

Can you talk about the Loyola Symphony Orchestra concert?

It takes place December 3rd, at 7:30.  The Orchestra’s conductor, Jean Montes [who also heads the Greater New Orleans Youth Orchestra], will conduct.  He’s a fantastic conductor and a great recruiter, and as a result, we have so many talented students studying strings and orchestrations that we could have two symphony orchestras if we wished. It’s a highly successful program, and they always do something wonderful for that concert.

We also have the one-act festival, put on by the College’s Theatre and Fine Arts program on December 2nd and 3rd. They are done by students, and they are quite delightful.

What else should people know about the College?

You host the Metropolitan Opera auditions in January.

That takes place on January 15th and 16th. The Metropolitan Opera has several regional centers that hold the auditions. Students can go to any one they wish. We traditionally have the one for the Gulf Coast region every year. The auditions are open to the public, so people can actually come and hear the students compete. Last year, there were eight finalists from all over the country, and I think half were from Loyola. We always have very strong representation in the competition. A number of our students have gone on to win that competition and sing at the Met.

We continue to work hard with the community, and really enjoy the status we have in the city.  It’s amazing – when I go out – how many people I meet who have a connection to Loyola, or who have seen exhibitions or plays or concerts here.  It’s a very big part of New Orleans.

For more information about these events, visit http://cmfa.loyno.edu/montage/events.

From November 29 to December 4, the classic musical South Pacific plays at the Mahalia Jackson Theater. This production – based on the wonderful 2008 Tony winning Lincoln Center Theater revival – has a beautiful score, including gems like “Some Enchanted Evening,” “I’m Gonna Wash That Man Right Outta My Hair,” and “There Ain’t Nothing Like a Dame.”  The plot mixes romance, comedy and drama, and its confrontation of race and class was ahead of its time.  Director Bartlett Sher turned to James Michener’s Pulitzer Prize winning novel as well as the 1948 Broadway show in preparing the production, reinserting scenes originally removed and projecting the novel’s opening lines onto the curtain at the start of the show. The majestic, historically accurate sets; the maps which orient the viewer to the theater of war; and the staging and choreography won acclaim on Broadway and are thrilling audiences and critics alike on the national tour as well. Katie Reid plays Nellie Forbush and opera singer Marcelo Guzman co-stars as Emile de Becque.  For more information, visit http://www.southpacificontour.com/. I saw and loved the Lincoln Center production, and I urge musical theater lovers to grab a ticket before it’s too late.