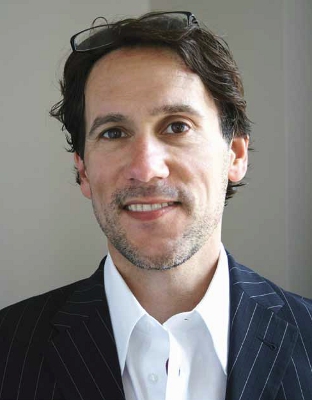 While in his early twenties in 1987, Sean Cummings felt adrift in his career prospects, so he reluctantly returned to his native city of New Orleans. “I was from this city, but I didn’t feel of it,” he recalls. “I hadn’t planned to come back.”

Now over two decades later, one would be hard pressed to find a bigger booster of New Orleans than Cummings. Perhaps one reason for the shift is because Cummings has been successful in shaping his hometown to match his personal vision of it. New Orleans has progressed towards fulfilling what Cummings sees as its modern-day potential.

Through the company he named “ekistics,” Cummings has developed over a dozen stylish residential complexes and boutique hotels. The latest one—the Bywater’s Rice Mill Lofts, which is filled with art—Cummings believes is particularly special, beautiful, and “infused with great meaning.” In other words, he feels it’s his best one yet. “My projects are always successful, always one hundred percent full,” he says. “I’m proud of that and honored by customer compliments.”

According to Cummings, his properties contain a sensitive attention to design, detail, and service. As such, he doesn’t consider himself to be in the real estate business any more than one would consider Apple to be merely a computer manufacturer. Rather, Cummings sees himself as being in the quality of life business, and, in discussing the conceptual underpinnings of ekistics, Apple comes up several times.

Cummings once even personally interviewed for a sales position with Steve Jobs when Jobs was on hiatus from Apple and leading a company called NeXT. That opportunity was put on hold, which was one circumstance that motivated Cummings to return to New Orleans. He ended up buying a disused building across from the Contemporary Arts Center for $40,000 and renovated it into Soho-style lofts with an art gallery on the ground floor. It was the first property of its kind in the city. Not long after that project’s success, he created the International House Hotel, the city’s first boutique hotel. Cummings had found his calling in creating stylish properties for people who appreciate artistic, sophisticated sensibilities.

“New Orleans is in many ways America’s boutique city with our architecture and creative arts,” he says. “We’re more interesting than beignets, heavy cream sauces, and Mississippi River paddle boats. The city used to be a leader nationally. We had the first hotel, the first opera house … but for decades we lost our way. We stagnated and stopped being a player.”

Cummings feels that his hometown is at last turning itself around. “It has been an inspirational time with what’s going on in education, new start-ups, and so much else,” he says. “We’re attracting newcomers with our relatively low cost of living and good lifestyle. They are also drawn by the spirit of kindness and reinvention after our tragedy.”

With his lofts that “accentuate creative thinking,” Cummings feels he is a part of these trends, but he’s involved in many more ways than just providing swanky roofs over people’s heads. His office building, Entrepreneur’s Row, houses many of the city’s dynamic young start-ups, and Cummings and his partners have actively courted these businesses to come to New Orleans. Cummings also invests in several of them. The Receivables Exchange, a financial company which moved into offices in Entrepreneur’s Row in 2007, has grown so fast it’s bursting at the seams. The company is now traded on the New York Stock Exchange, and it has decamped to the former Chevron building that bears the new tenant’s name, a symbolism noted by Cummings.

Cummings had also been highly involved in the Reinventing the Crescent project, which involves restoring the waterfront along the Mississippi River from Jackson Avenue to the Lower Ninthv Ward. The plan is to reclaim this area from industrial use to create parks, promenades, and other public amenities. Working with the Nagin administration as a public employee, he helped oversee the design and brought in world-renowned architects. (The project is still in the works, but with the change in mayors, Cummings is no longer part of it.)

“My projects often receive pushback, and I probably received more pushback from that one than any I’ve been involved in,” he notes. “But I think the best cities in the world are evolving organisms. We can have a sense of place for New Orleans, but that doesn’t mean we need to remain fixed in a time that has passed.”

Perhaps Cummings’ own home is emblematic of this ideal. He lives in a 1840s Italianate mansion on the edge of the French Quarter that used to be owned by actor Nicolas Cage and before that by the producer Daniel Lanois who recorded U2, the Rolling Stones, and Peter Gabriel within its walls. Its exterior fits in with other Vieux Carré properties, but the inside juxtaposes the historic and the modern, sometimes merging them. For example, the entryway contains sculpture called “Cascade,” a striking floor-to-ceiling column of illuminated crystals that is unabashedly contemporary but recalls traditional New Orleans chandeliers.

A magazine profile on Cummings’ house notes that “historic houses are living entities which must … evolve or risk becoming ossified, brittle museums to the past.” Likewise, Cummings’ vision for New Orleans is that it must continue to develop its own path between the past and the future. In doing so, it has welcomed him home.

2.59K
previous All in the Family
next Charity Heroes