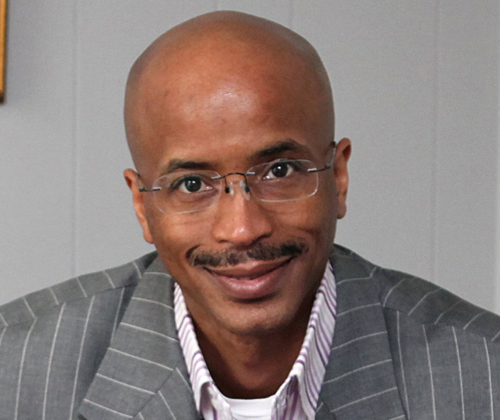 There are not many people who at 38 have achieved as much as Nolan Rollins. In the proverbial haystack of those who want to make a positive change, he’s the needle who is actually doing it. Not only is Rollins sharp and focused, but his energy and love for New Orleans is extremely motivating. We chatted recently, and I found his ideas on education, the local economy and his goals as chairman of the New Orleans Aviation Board to be refreshing.

Rollins grew up in Baltimore, the child of a single mother who quickly understood the challenges of raising a young black male in the inner city. His mother took the risk of using a cousin’s address in another school district so she could properly educate her son. “She made a conscious decision to send me to a public school in Howard County and to do what was necessary for me to get a quality education,” said Rollins.

His mother’s efforts paid off. Rollins went on to Virginia State University to get his bachelor’s degree in public administration and economics and then onto the University of Baltimore to get his master’s in legal, ethical and historical studies. Afterwards, he attended law school in Florida despite entertaining the idea of working on Wall Street. “It struck me as the type of opportunity that would have me directly connected to understanding global and local markets,” said Rollins. “If you know how resources flow, you understand the priorities of a city, a nation and even the world.”

Rollins served as the eastern region vice president of the National Urban League Young Professionals before becoming the CEO of the Urban League in New Orleans in 2007. Since then, he has been devoted to making a positive change in the city, especially in education. He’s created the Urban League Parent Information Center that encourages parents to work with their local schools and with PTAs to make an impact on students and their community. He’s seen successes but also notes some challenges. “There are still parents who are not engaged in the education system because it seems like it is unwelcoming to them,” he explained.

Rollins spoke candidly about tourism and how it shapes the career paths of young people living here. “If tourism is what your economy is, then [tourism jobs] are what you’re going to produce, but any city who depends on a single economic driver to ensure its success is destined to fail,” said Rollins. “We’re going to have to be entrepreneurial [by] getting into medical, biomedical and technology. School systems are going to have to produce at a very high level. If we don’t and we think there won’t be competition from kids around the nation to come here and work, we are sorely mistaken.”

Rollins has also developed the Urban League College Track to educate students about campus life, academic affairs and what it means to be a good citizen. “These are the things that prepare kids for college. We teach them how to do those things, challenge them to get it done and hold them responsible for what they’re doing right now so they can actually be in the picture of the future,” said Rollins.

As head of the Aviation Board, Rollins has solid plans for improving the services provided at Louis Armstrong by incorporating more of the local culture that will amaze tourists and make locals proud. That effort has almost doubled the amount of jobs. “An airport this size needs a staff of almost 300 people. We were around 115, and now we’re closer to 200,” said Rollins. “If you don’t have enough people to manage the day-to-day, you’re not operating the airport, the airport is operating you.”

Rollins also plans to upgrade the overall look of the terminals, improve cleanliness and enhance the quality of food and retail outlets. This is where his background in economics plays a big role. “You have to have a business plan for the airport. It’s more than just flights coming in and out; it’s one of the largest economic drivers for the region, bar none.”

When not working, Rollins spends time with 8-year-old son Mason and his wife Michelle who is also a lawyer. “Well, she’s the boss; I only get to play a CEO on TV,” he said, laughing. “We don’t always agree. You can never get two people to always agree, let alone two lawyers.”

When talking about his future goals, Rollins said he was born to be “an active servant” and enjoys conquering organizational challenges. “I am not a maintenance person. If it’s broken and needs to be worked on or developed, that’s what I want to do,” he said. Although driven, he doesn’t think a role in politics is in his future. “I don’t know if politics is ready for a person like me. The wonderful thing about an organization like the Urban League is that it’s about getting done what we say we’re going to do…nothing more, nothing less. That’s important to me.”