Harrah’s ranks in the top 100 of world-class hotels, making it a brand-new classic 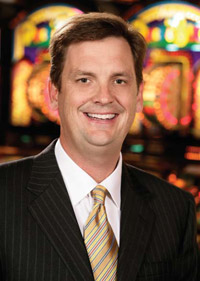 New Orleanians already know their city is home to a number of world-class hotels. Some properties like the Hotel Monteleone have solidified their sterling reputations over a period of more than a century. But a brand-new hotel in the city, one that’s just over a year old, has already ascended to iconic status nationwide, even if many locals are only just becoming aware of its existence. That hotel is Harrah’s.

Harrah’s New Orleans recently won a spot on Condé Nast Traveler magazine’s 2007 list of top 100 hotels in the mainland United States. The feat is quite impressive for a property that only opened in September 2006. “We’re honored that we’ve been counted so high, so quickly after we’ve opened,” beams Jim Hoskins, the hotel’s general manager. “And we’re proud we’ve made such a great impression on so many guests.”

Harrah’s New Orleans found its foothold on the list at spot 94. Only two other gaming-related properties made the cut, both in Las Vegas— Bellagio and the Venetian. Two other New Orleans hotels, the Ritz-Carlton and the Windsor Court, also appear on the list.

The top 100 list was compiled from surveys of 28,000 readers of the high-end travel publication; each property was scored by its location, food and dining, overall design, rooms and service. This last category is where Hoskins feels Harrah’s New Orleans really shines.

“The building is gorgeous, but this award is really a testament to all the employees that work here. When guests pull up, they’re greeted by the friendly doormen who are some of the best I’ve ever worked with,” says Hoskins, who had been employed by casinos on the Gulf Coast as well as in Vegas before returning to his New Orleans birthplace. “Put them together with the housekeeping staff, the people at the front desk … everyone, and the whole experience of excellent service is why we’re making such a great impression.” The 26-story hotel contains 450 rooms, 100 of which are suites. The top two floors are dedicated as super suites with around-the-clock butler service and lavishly appointed interiors that include extravagances like grand pianos.

As is obvious from the polling results, Harrah’s Hotel is already well-known outside New Orleans; the guests generally travel far and wide to stay there. According to Hoskins, 95 percent of the guests live more than 300 miles away, and a good number are international travelers. Even though the hotel and casino are near the convention center, the convention trade is only incidental to the business of Harrah’s. And sometimes locals may book rooms for a special occasion, but that too is a small part of the company’s portfolio. Still, Hoskins says that the Harrah’s property is working hard to become part of the city’s cultural fabric.

During December, Harrah’s staged “Miracle on Fulton Street,” a holiday spectacle where it snowed every hour on the hour and featured celebrated New Orleans icons, Santas, carolers, free hot chocolate and other holiday fun. “The street was packed. It was wildly successful,” says Hoskins. “Our goal is to always give people another reason to come downtown.”

The hotel was originally scheduled to open in early spring of 2006, but the Katrina factor played a part in delaying it. The hotel itself sustained only minor damage, but everything had to be pushed back until the city’s infrastructure had been restored. According to Hoskins, in the days directly after the levees broke, when the future of the entire city was in question, the Harrah’s parent company took the firm position that it was going to rebuild.

And the city should be glad it was so dedicated, as Harrah’s is a standout economic engine for the tourism industry. The hotel’s 450 rooms are 100 percent booked just about all the time. Things don’t even slow down during the city’s notorious summer slump. Through its package deals, Harrah’s averages about 1,000 rooms a night. What happens to the overflow? The casino-hotel has arrangements with other downtown hotels and sends its guests to them. In addition, Hoskins says that Harrah’s buys more airline seats coming into New Orleans than anyone in the city. It also has partnerships with countless restaurants in town.

In turn, Harrah’s of course owes a lot to the city of New Orleans. After all, location was one of the categories considered in the Condé Nast Traveler survey. “Visitors like the casino, but these days there’s a casino within a day’s drive of most metropolitan areas in the country,” explains Hoskins. “We market ourselves as part of the city. People know what they’re going to get with Harrah’s, but they also come for the food, the entertainment, the partying, the charm of the French Quarter … the whole package.”

“This award shows the enduring spirit of New Orleans,” he adds. “It’s an exciting time to be here.”