The Next Big Thing? 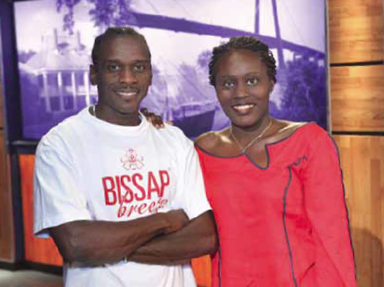 The dynamic husband-and-wife team behind Bissap Breeze was selected to receive funding from several pitch challenges, including the “Flex Fund” and the “Big Idea,” plus they received a monetary award from Entergy. They secured the largest sum of capital earned by any one venture during the New Orleans Entrepreneur Week (NOEW).

On Bissap Breeze and what makes it unique:

Well, “bissap” is the word for hibiscus tea in Francophone Africa. Bissap Breeze is a healthy drink that we developed, which is a blend of roselle hibiscus flowers, agave, natural extracts and spices. It’s unique because it’s multifunctional. You can drink it over ice just for its health aspects (it’s high in antioxidants and vitamin C), use it as a cocktail mixer or mix it with Perrier to make a spritzer. You can even cook with it. We have culinary and cocktail recipes on our website.

It started with a question. We were newly married and we wondered, “What’s a viable business we could start together?” In our travels around the world, we discovered hibiscus. We loved it, so we shared it with friends back home, and they loved it. So, we started bottling it. It’s become a passion for us because part of the proceeds goes to math and science education and the arts.

Our biggest challenges involved the legal aspects. Insurance, permits and taxes, taxes, taxes! It’s all about learning to dot your “i’s” and cross your “t’s.”

Idea Village and the Good Work Network got us started. And of course CED (Tech Venture Conference) and NOEW were crucial to our launch.

We had a lot of things just fall into perfect alignment for us, but we are also really good at maximizing our resources. We worked with several organizations and just maxed them out! KIVA [non-profit lending organization] had just come to New Orleans, and we got to be part of the first group of small local businesses that got loans, and that helped us grow our business to the next level.

The status of Bissap Breeze today:

We’re currently in 14 locations in Louisiana, Florida and Mississippi. We just finished manufacturing 15,000 bottles, and we’re expanding into new regions around the U.S. and Canada. 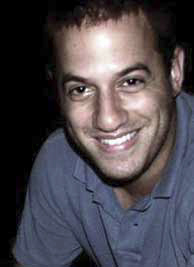 SOLarchitect was selected as the “audience favorite” of the “Big Idea” pitch challenge at NOEW this year, and earned $54,000 in seed money for its venture. Ahead of NOEW, it was selected to participate in Idea Village’s IDEAcorps program.

On SOLarchitect and what makes it unique:

SOLarchitect is an online platform that establishes the viability of installing solar panels. It’s unique because it’s the only platform that allows for panel-level design. You can drag and drop [virtual] panels onto a satellite image of your house. And it takes actual site conditions, like the slope of your roof, into consideration when calculating cost, energy savings and tax credits.

I was interested in the solar industry because it’s a young industry and it’s still growing. Developing SOLarchitect was born out of frustration at the lack of software on the market. I was using software that is very technical, expensive and time consuming. I wanted to develop software that could quickly calculate the cost and potential savings for installing a rooftop solar power system.

Capital. It’s always about capital. That’s why it’s taken a year and a half to get this going. And programming was a challenge. We’ve had to outsource to India and Bulgaria, and we’re finally learning how to communicate with them effectively.

Idea Village has basically been a partner. Without the guidance, coaching and mentoring, we might have thrown in the towel. They’ve been critical in getting this launched.

After spending three months looking for the software I needed, I decided to just go for it. I had no programming background, so there’s been a lot of learning along the way.

Iterate, iterate, iterate. We learned the concept from some Yale MBA students who were helping us with financial strategies at Idea Village, and now it’s become our slogan. It’s never done; there’s always room to improve!

To those in New Orleans, stay here. There’s a whole renaissance of entrepreneurs in this city, and there’s huge potential. 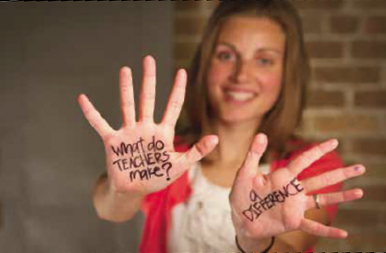 Jen Medbery is an alumnus of Idea Village’s IDEAinstitute. Her Kickboard won the prestigious “Coulter Challenge” award at “IDEApitch,” in which entrepreneurs must demonstrate to venture capitalists that they have the potential to grow their business revenue to $50 million in the next five years.

On Kickboard and what makes it unique:

Kickboard is more detailed than a gradebook. It’s a unique, web-based classroom relationship management system, built by teachers for data-driven teachers, that keeps all classroom-generated data in one place. It’s a more holistic measure of student progress that keeps track of many more data points.

From my own experience in the classroom, I found none of the tools we needed existed. So, we took the DIY approach with excel spreadsheets, paper and pencil. It was messy and hard to collaborate, so the Kickboard idea was born.

I realized I couldn’t just rely on my own experience in the classroom, and assume it was the same for all teachers. It was a challenge determining what the biggest pain points in classrooms were, and how best to solve them with a flexible tool that could adapt to fit both a kindergarten teacher and a high school chemistry teacher’s needs.

I started with a vision, but knew the path would be gray and murky at times, and the important thing is to keep moving forward. As you do, more doors open, but you can’t get anywhere by standing still and waiting for things to happen. I had to make them happen.

Really listen to your customers and your advisors. Don’t assume you always know the right answer. Be open to new ideas.

Everything takes longer than you want it to. As an entrepreneur, you need to have a balance of impatience with status quo, and patience in working towards your goals incrementally.

We have a team of seven full-time and five part-time staff supporting 70 schools nationwide, and we’re in the process of accelerating that growth for the upcoming school year.

889
previous In the Black (and Gold)
next EXECUTIVE PROFILE | Interview with Roderick Teamer, Sr.