The Women of Katrina, the Joffrey Ballet, and Shakespeare in the Besthoff Sculpture Garden 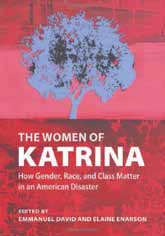 The Women of Katrina: How Gender, Race and Class Matter in an American Disaster by Emmanuel David and Elaine Enarson

Like so many people from the region, I’ve been amazed and inspired by the resilience and strength of women since Hurricane Katrina. I was not so well informed, however, about the increased challenges women faced in the storm’s immediate aftermath. For one thing, despite advances they’ve made over the years, women still aren’t always treated equitably, and the inequities increase when the women are of color or have disabilities. In addition, pregnant women, women with young children, women who cared for aging parents or had disabilities of their own and women without their own cars or marketable job skills were less likely to have the means to evacuate and more likely to face bigger hurdles if and when they chose to return to their hometowns. This book, published by Vanderbilt University Press, explores many of these issues—often in academic pieces, but also through moving personal narratives.

In addition, the book explores the role of women in positive ways. In particular, the penultimate section of essays discusses the post-Katrina rebuilding years and also describes the way that things have improved. Women discovered or used their personal strengths and networking skills, often to rebuild their families and their communities. There are essays on Vietnamese and Jewish women and the roles they played in rebuilding, and another one on the inspiring work of Women of the Storm. In its concluding section, the book looks at “Gender in Disaster,” a more theoretical look at the issues which arise.

In all, this book aims to educate people about the challenges facing women in a disaster and the strengths which women can contribute to survive disaster and facilitate recovery. It also points out the ways the government failed to provide adequate assistance to women, and in particular women with children, women of color and women with disabilities, after Katrina. In doing so, the editors of this book hope individuals, communities and governments will be better prepared to protect women the next time around. 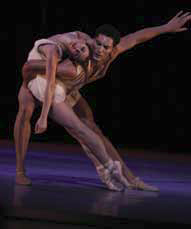 On Saturday, May 12, the New Orleans Ballet Association (NOBA) welcomes Chicago’s renowned Joffrey Ballet to the Mahalia Jackson Theater. Ashley Wheater, the Joffrey’s artistic director since 2007, has a long and illustrious career in ballet. Wheater, who hails from Scotland, started dancing when he was six and was enrolled at England’s Royal Ballet School by the time he’d turned 11. In the Ballet’s upper school, he was mentored by the legendary Rudolf Nureyev, who inspired Wheater by sharing his “broad vision of the world of dance.” After leaving Britain, Wheater danced with the Australian Ballet, the San Francisco Ballet, and, at the invitation of co-founder Gerald Arpino, the Joffrey Ballet. After retiring from dance in 1997, he served as Ballet Master and then Assistant Artistic Director at the San Francisco Ballet before assuming his current position at the Joffrey.

The last time the Joffrey visited New Orleans was in 2006, when the company donated its performance in a fundraiser for NOBA, at NOBA’s second post-Katrina production. Wheater was not with the Joffrey at the time, but he stated that the earlier performance still resonates with the company, and especially with those performers who appeared at the benefit. Among other things, the dancers, who went on a tour of the devastation, were struck with the resilience of the people of New Orleans. “We have an extraordinary power to pick ourselves back up and rebuild,” he said.

New Orleanians lucky enough to attend the show can expect an exciting night of dance, full of the Joffrey’s trademark expressiveness and emotion. The show will be “nothing like The Nutcracker”, Wheater promised, quickly adding that he loves that old classic. However, the company’s goal also is “to take what’s happening in modern dance across America”, while performing well-loved dances, as well. The New Orleans program is no exception, including works by Jerome Robbins (On the Town, West Side Story), but also pieces by Philip Glass and Thomas Newman. Another highlight is Edwaard Liang’s Age of Innocence, loosely inspired by the works of Jane Austen, which the company premiered in Chicago during its 2008-09 season. “In a very abstract way”, Wheater said, “the number is a testament to the strength of women and to the power of the human spirit.” 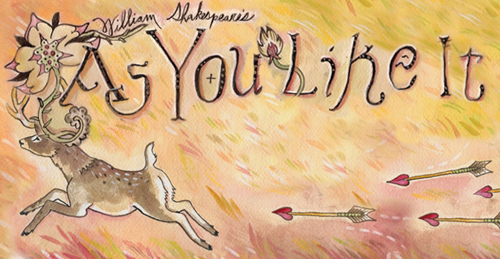 Shakespeare in the Besthoff Sculpture Garden

The New Orleans Museum of Art (NOMA) is once again teaming with the theater group, the NOLA Project, to present Shakespeare in the Besthoff Sculpture Garden. From May 6-20, NOMA will present the NOLA Project’s As You Like It. NOMA hopes to reprise the success of the last joint venture, A Midsummer Night’s Dream, a popular production which earned five Big Easy Award nominations.