Publisher and CEO of The Advocate 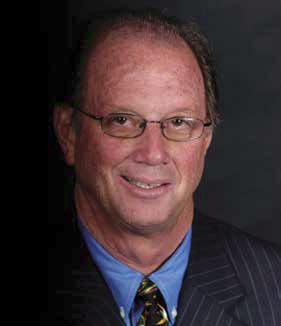 When “The New York Times” broke the story in May that “The Times-Picayune” would cease printing a daily newspaper, New Orleanians were upset to say the least. They urged Advance Publications Inc., the owner of “The Times-Picayune,” to either reconsider or to sell the paper. The company even received a serious offer from Saints owner Tom Benson, but it was turned down immediately. Public anger continued, and local newspaper advocates looked to many places for help, including to the Baton Rouge daily newspaper, “The Advocate.”

“There was such an outcry. A large number of people reached out to us,” said David C. Manship, “The Advocate’s” publisher and CEO. “We already had some newsstands in New Orleans for our Baton Rouge paper, and we thought at first we’d just increase their number. But what everyone really wanted was a New Orleans edition.”

“The Advocate” recognized a need and an opportunity and decided to quickly drum up a daily edition for New Orleans. It was launched on October 1, the same Monday “The Times-Picayune” moved to its three-times-a-week printed schedule.

Manship advises that locals who pick up the New Orleans edition of “The Advocate” for the first time shouldn’t expect a fully fleshed-out alternative. “There is no way I can replace ‘The Times-Picayune,’ he said. “I can’t cover the city they way they do.”

Even after recent rounds of buyouts, firings and attrition, the hometown paper still keeps a sizable staff in the city. Meanwhile, “The Advocate” is starting with just six local reporters (who will be supplemented by stringers). “The Advocate” is committing to a daily print run of 10,000, but “The Times-Picayune’s” circulation is estimated to be around 130,000, according to various media sources.

“Normally, to launch a paper like this would take a year. We’re doing it in six weeks,” Manship said. “We’ve had to line up office space, warehouses, reporters, advertisers, carriers, salespeople and so on. It’s been a monumental task. “The Advocate” has always had a presence in Lafayette with our Acadiana edition, but we’ve never done anything to this extent before.”

Before any marketing efforts began, 2,000 disgruntled “Times-Picayune” readers had signed up for subscriptions, and Manship expects the New Orleans edition to evolve as it garners feedback from readers, finds traction in the city and increases in circulation. Someone who picks up the paper now in its early incarnation will find a typical daily with a front section that has prominent local news as well as wire stories. The second section will have more in-depth local coverage, and the paper contains a sports section, a “People” section and business stories.

Manship says the New Orleans edition will sometimes repurpose reporting from the Baton Rouge version, but it will be given a different angle when appropriate. As is not surprising for a paper based in the Louisiana capital, “The Advocate” features a strong focus on state politics as well as a deep understanding of how activity in the halls of government affects different corners of Louisiana. Editorially, the paper considers itself neutral on the political spectrum, and has recused itself from candidate endorsements for some 15 years.

People in Baton Rouge are crazy about the LSU Tigers, so naturally “The Advocate” boasts strong coverage of all sports teams affiliated with the university. Saints coverage is equally important to the paper’s readers. In fact, Manship called his paper’s sports section “one of the best in the country.” In addition to its standard sports stories, the New Orleans edition will increase coverage of Tulane teams and include New Orleans high school teams too.

“In seven of the last ten years, the Louisiana Press Association has awarded us newspaper of the year for our division, and that includes New Orleans and Shreveport,” said Manship.

“The Times-Picayune” has been touting its 175th anniversary of late, but its capital-city counterpart is almost as old. “The Advocate” started 170 years ago, and Manship’s family purchased it in 1909.

Although Manship grew up in a newspaper family, he didn’t pursue journalism in his education or envision himself working for “The Advocate” when growing up. After a boyhood in Baton Rouge, he went to a military academy in Tennessee per his family’s tradition. Then he spent the late 1960s and early 1970s in the army stationed in Germany. When he returned to the states, he enrolled in DeVry University in Texas to earn an electronics degree, and upon graduation, received a job offer from Texas Instruments for $3.50 an hour.

“My father wanted me to join the family business and offered me $3.75 an hour, so I came back to Baton Rouge,” Manship recalled. “But he only paid me $3.50 and would just laugh when I protested. All these years later, I’m still chasing that extra quarter.”

During those early years of his career, newspapers were beginning to switch to digital typesetting, and Manship used his technical training to help with the conversion. Later he moved to the circulation department to develop an efficient routing system for customer service calls. He worked his way around the company’s various departments, and when his father retired, he became publisher. Other Manship family members currently work at “The Advocate” as well, including a brother who oversees TV properties and a son who works in the product development department.

Like its competitor downriver, “The Advocate” operates digital versions, such as a website, an e-edition, and an iPad app; Manship is certainly aware of the technological and cultural forces threatening newspapers’ viability across the country. Launching a print newspaper in a large city runs counter to long-term trends in the business. To be sure, the national industry will be closely watching what happens in New Orleans.

“I’m a realist,” said Manship. “If they can’t be supported, there may not be printed newspapers anymore.” He feels the key lies in younger generations. Many get their information online now, but they will need to convert into print newspaper readers as they get older and more tied to their communities.

“Digital media is growing and will continue to grow, but we still believe that a printed product is a mainstay of the newspaper industry today and will be for a number of years to come,” Manship said. “There are a billion websites out there. If their news is wrong, they take it down. But when you say it in print, it’s more permanent. Readers trust it more.”