The city’s spookiest spots to dine 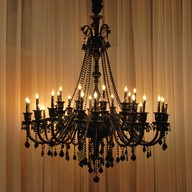 Antoine’s Restaurant
Established over 170 years ago, Antoine’s is a historic New Orleans establishment that prides itself in serving classic French and Creole cuisines in a white-linen atmosphere for the city’s “upper-crust.” For almost two centuries, the restaurant has been dazzling diners with signature dishes like Oysters Rockefeller, Chateaubriand, Trout Meuniere and Baked Alaska. Although the Guste’s are the current owners of Antoine’s, the eatery is still being watched over by the spirit of Roy Alciatore, a member of the original family who ran the restaurant for 40 years until his death in 1972. There’s also the spirit of a friendly black male who is believed to be a former waiter. It seems he likes to move silverware around to different parts of the restaurant, so hold on to your fork!

Arnaud’s Restaurant
Almost a century ago, a French wine salesman named Arnaud Cazenave opened his famous restaurant on Bienville in the French Quarter. Arnaud believed in pursuit of the pleasures one can attain by dining and was dedicated to serving quality Creole cuisine. Although the Casbarian family now owns Arnaud’s, they still believe in his dedication, offering such delectable dishes as Oysters Bienville, Turtle Soup and Fog Legs Provencale. It is believed that Count Arnaud still lingers on inside his restaurant, surveying the scene with a proprietary air. He has been observed by several waiters dressed in an early 1900’s tuxedo standing in the far left-hand corner of the main dining room.

Muriel’s Jackson Square
Only a little over a decade old, Muriel’s Restaurant is housed inside a prominent building that has been on the corner of Jackson Square since the 1750’s. Even a major fire that swept through the city in 1788 only partially destroyed the elegant building. Since Muriel’s opened in 2000, guests have raved about their signature dishes like Shrimp & Goat Cheese Crepes, Pecan-Crusted Puppy Drum and Pain Perdue Bread Pudding, but the restaurant has definitely seen other visitors. Pierre Antoine Lepardi Jourdan, a previous owner from the late 1700’s, lost his beloved house in a poker game and was so distraught that he committed suicide on the second floor. In what is now called The Séance Lounge, many people have reported seeing “a glimmer of sparkly light” that wanders around and believe it is Jourdan who could never leave his one true love…the house on the corner of Jackson Square.

The Court of Two Sisters
Opened in 1904, The Court of the Two Sisters has long been a fabulous spot for a leisurely brunch in the French Quarter. Along with fresh fruits, eggs to order and thick, rich chicory coffee, guests can enjoy local favorites including Shrimp Etouffee, Jambalaya and Grillades & Grits, but be prepared to share! Along with several other entities, The Court of the Two Sisters is mainly haunted by the two sisters who formerly owned the property in the late 1800’s. Emma and Bertha Camors, the two sisters from which the restaurant takes its name, owned and ran a notions shop in that very building on Royal Street.

Cafe Beignet
A great place in the French Quarter to stop whether you want a Crawfish Omelette or a delicious cuppa Joe, this bright cafe also happens to be haunted! The Royal Street location situated right next to the 8th District Police Station is home to an apparition of what appears to be a young, Native American woman. She makes a routine stroll emerging from a closet on one side of the cafe and passes straight through the opposite wall and onto the walk that is shared with a retail establishment on the other side. It seems she is easy to miss in the hustle and bustle of the morning crowds, but you might be able to catch her near closing time during the calmer hours around dusk.

Chartres House Cafe
With its doors thrown open to the sidewalks of the French Quarter, The Chartres House Cafe is a popular spot of locals and tourists alike who wish to wile away the afternoon over a plate of spicy, Blackened Catfish or Red Beans & Rice…but you might want to beware of the second floor dining room. Less than 20 years ago, the second floor was an apartment that was almost impossible to let. Prospective renters would become physically ill when they visited and would not make it past the living room. The apparition that haunts this building is a fairly recent entity. Many believe him to be a young man who succumbed to a gunshot wound in the 1970s due to involvement in drug trafficking. Many people have sighted him during the day, standing in the window overlooking Chartres Street.

Napoleon House For almost two centuries, the Napoleon House has been located on the corner of Chartres and St. Louis Streets in the French Quarter. The original owner, Nicholas Girod, who was also Mayor from 1812 to 1815, offered his residence to Napoleon Bonaparte in 1821 during his exile from France. Though the merciless emperor never set foot on American soil, the building has been known as the Napoleon House ever since. Though most folks come in to enjoy a delicious Pimm’s Cup or their specialty Muffuletta sandwich, there is a visitor of another kind. The apparition of an older black woman, believed to be a domestic slave who once worked at the Napoleon House long ago, wanders around the courtyard and slave quarters out back. There have also been several appearances of a Civil War soldier seen in the guest apartment on the second floor.

*Note: Unless otherwise stated, all hauntings were investigated and reported by members of the International Society for Paranormal Research were documented in “The Official Paranormal Guide: New Orleans,” which is now available as an iPhone application.