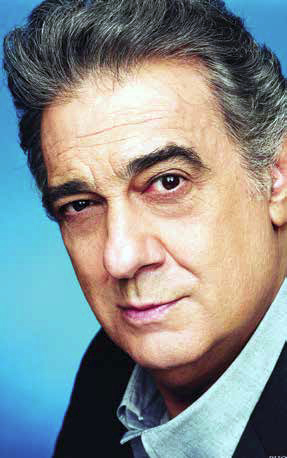 Fifty years ago, in New Orleans, a young and then unknown tenor named Placido Domingo made his debut in Donizetti’s “Lucia di Lammermoor.” The rest, of course, is history: Domingo went on to become one of the most renowned tenors in opera in the last century, though he’s never forgotten where he got his start. In the years since Katrina he’s made his presence and support for the city known, appearing in two galas to benefit New Orleans Opera. On October 12, he’ll be back again, leading a star-studded concert which, among other things, celebrates the anniversary of his auspicious debut. Recently, I spoke with Artistic Director Robert Lyall about the event.

How did this benefit concert come together?

This is the third gala concert that Placido Domingo will be presenting since Katrina. I invited him to come work with us immediately after, in March of 2006.  I took the initiative to create a grand scale event so the arts could participate in the recovery process. The event at the New Orleans Arena drew a huge crowd and made lots of money. We shared some of that money with the Philharmonic, and it brought us all back functioning in our respective programs.

The second event was when the Mahalia Jackson Theater reopened?

Yes it was. At that point, we wanted to recognize Mr. Domingo, and we took advantage of the reopening of the theater to name the stage after him. He began his professional career in New Orleans.

I didn’t know that!

Yes, he made his debut here in November of 1962, as a young man of 20 years old. He was brought in as a relatively unknown talent from Mexico. He performed a small role in “Lucia di Lammermoor.” He had a wonderful reception and so was brought back to do a major role the year after, and of course after that he grew very famous. So, in January 2009 we named the Placido Domingo Stage in his honor.

Now we come to yet another special occasion, the 50th anniversary of his auspicious debut. We’re honoring his truly phenomenal singing career, but also other things he’s done. He’s also fostered the careers of young artists, as through his own program, the Operalia [an international opera competition founded by Domingo] and other projects as well.

Who else will be performing at the gala?

I’ve invited Stephanie Blythe, one of the leading mezzo sopranos today. She’s had a wonderful and distinguished career. The lyric soprano Ana Maria Martinez, who’s sung in every major opera house in the world, will be there. She’s Puerto Rican, and because she too is Hispanic she’s worked with Placido Domingo in a special repertory, a Spanish form of opera called zarzuela. Placido Domingo has an extensive background in that particular art form, [as] his parents had a zarzuela company. So he grew up singing zarzuela, and it’s … very dear to his heart. As [Martinez also is] familiar with the repertory and at home in the style of it, there’s an attractive opportunity to perform it in gala concerts like this.

Then we have a young man, David Lomeli, a former winner of the Operalia competition who’s now gone on to a very distinguished career. He has a beautiful lyric tenor voice, and he’ll be singing a lot of the hit [tenor] pieces, so to speak, including “Nessum Dorma” from “Turandot,” which was made so famous by the Three Tenors. We have another soprano who’s joining us, Sarah Jane McMahon, a native of New Orleans who’s launching a very successful career. She won the [Kolozsvar Award] for some of her performances at New York City Opera and is very much a favorite around New Orleans. Also, she is a graduate of one of Placido Domingo’s Young Artist Programs–this one, with the Los Angeles Opera.

Tell us about the chorus and the orchestra.

The full Louisiana Philharmonic will be performing, along with an 80-voice chorus that will be doing stirring music on a grand scale, like the soldiers chorus from “Faust,” that wonderfully uplifting chorus from Bernstein’s “Candide,” “Make Our Garden Grow,” and one of the most celebrated opera choruses ever written, “Va Pensiero” from Verdi’s “Nabucco.” It’s a beautiful stirring chorus about the loss of homeland; each individual’s yearning to return to their home.

In a different context, that love of homeland is something to which New Orleanians can relate. Anyway, the show sounds amazing.

We’re very proud of the fact that the first operas performed on the North American continent were performed in New Orleans in 1796. We rightfully call ourselves America’s first city of opera. We feel strongly that we’re working hard to keep that heritage alive.

Tickets are available at a wide range of prices, with the highest prices including either a champagne intermission or a pre-concert dinner. For more about the gala, which will be co-hosted by Patricia Clarkson and Mayor Mitch Landrieu, visit http://neworleansopera.org/placido-domingo/