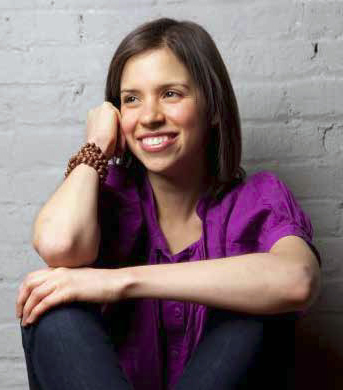 The Creole and Cajun cuisines that have made New Orleans’ food world famous, while delicious and undeniably unique, have never been considered light. Maybe not even healthy. Yet, in recent years, New Orleans’ food landscape has expanded dramatically, and now includes a wealth of healthy options, from vegetarian to vegan, and even occasionally catering to the “raw food” trend.

I spoke with Gena Hamshaw, certified clinical nutritionist and the powerhouse behind Choosing Raw, an exceedingly popular blog about raw food and veganism. Gena explained how her venture took root: “I had been a vegan for several years when I became interested in raw food. I’d search raw food blogs for recipes, but most called for a myriad ingredients, time-consuming preparation and special equipment. I kept thinking ‘I could never do this.’ I was working full time, going to school at night and like most young professionals in New York, I was on a tight budget.”

Gena realized that perhaps there were others like her, seeking a way to reap the health benefits of a raw food diet, but in a way that could be incorporated into a busy lifestyle. “I wanted to show that it could be realistic,” she said. Her hypothesis has proven correct: Choosing Raw gets hundreds of thousands hits per month. “I didn’t think it would be a big deal,” she recalled. But it was a big deal, and her venture quickly began to change and take on a life of its own. “My visitors started to guide the blog’s content, which was really great because it expanded my interests as well,” she said. What began as a raw food blog now includes veganism and other health-related topics.

A Vegan Navigates the Crescent City
Though she is currently studying medicine at Georgetown, Gena is a frequent visitor to New Orleans because her best friend now lives here. This begs the question: how and where can she eat in a city steeped in a rich food culture, but one so incongruent with her lifestyle? Gena explained: “New Orleans is an eclectic melting pot of a city and people have a serious love of food. Particularly over the last few years, I’ve seen that there are many more restaurants in Nola offering vegan and raw options.”

Before you ask, vegans can drink. There are many vegan wines and beers out there, and Gena advised checking www.barnivore.com for an extensive list (Abita beers made the cut). The good news? “Most hard liquor is vegan,” she said.

hey!cafe
An artsy coffee shop that serves a revolving assortment of vegan baked goods like the popular pumpkin-raisin muffin, as well as lunch options such as a vegan-patty burger and a vegan grilled cheese
4332 Magazine Street
No phone

Satsuma Café
In addition to fresh-squeezed juices, healthy options, such as the quinoa salad, can easily be made vegan with a few substitutions
Two locations:
Bywater: 3218 Dauphine Street
(504) 304-5962

Superfood Bar
The only restaurant in town with an entirely vegan menu, including raw food, smoothies and juices
4113 Magazine Street
(504) 891-7733

For recipes, health information, and a step-by-step guide on how to get started, visit www.choosingraw.com.