From Biggest Loser to Lifelong Winner 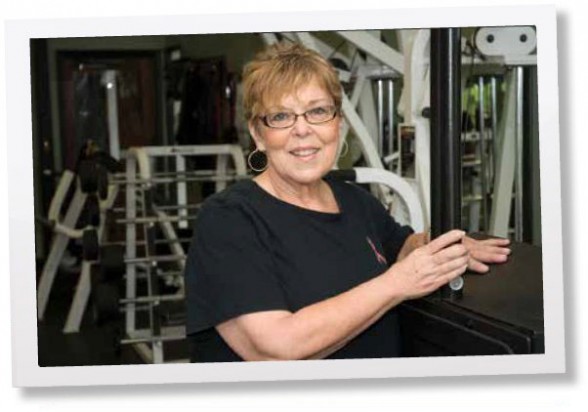 THE CONTESTANT: BONNIE GRIFFIN
At 64 years old, Bonnie Griffin of Picayune, Mississippi feels as though she is just beginning a new life. She spends time with her grandchildren, does low-impact exercise and mows her lawn—activities typical of a woman her age, but ten years ago, behaviors as basic as these would have been a great physical strain or downright impossible for her.

Biggest Loser
Does Bonnie looks familiar? She was one of fifteen contestants competing in Season 12 of the televised weight loss challenge: “Biggest Loser.” “Everyone thought I was going to go home the first week,” she said of the experience. Bonnie surprised everyone by making it through nine episodes, but she asked to be voted off the show so that another contestant could continue. “When people ask me if I was the winner, I say I was a winner. No amount of money could buy the way I feel right now.”

One Step Forward, One Step Back
A year after her husband passed away, Bonnie decided she had had enough. She consulted orthopedic surgeon, Dr. Richard Meyer, in New Orleans. “After having the surgery and going through physical therapy, I was able to do everything I wanted to do,” she said. However, six months before trying out for “Biggest Loser,” she began to experience pain in her other knee. When she could barely walk on it, Bonnie went back to Dr. Meyer, who confirmed that it was just as bad as the left knee had been before her surgery.

Decision Time
Bonnie did not make the cut for that round of “Biggest Loser,” but in the meantime she opted to try Weight Watchers and lost 50 pounds in six months. Eventually “Biggest Loser” called back and asked Bonnie if she would try out again. She found herself caught between two desires: having a second knee replacement surgery and participating in the show. “I figured that if I was lucky enough to get on the show, I would suck up the pain and go on and do what I had to do to lose the weight,” said Bonnie. That is precisely what she did. Though she struggled through exercises that called for the use of her knee, she pushed herself to perform and lost 77 pounds in the nine weeks she was on the show. Upon elimination, Bonnie scheduled her surgery. “I recuperated so much faster from the second surgery than I did with the first because of the weight I’d lost.”

A Second Chance at Life
Keeping the weight off is admittedly no easy challenge for Bonnie, but she is fueled by the mobility she has experienced with her new knees. “The weight loss was a fundamental change,” she said. “But it was the knee replacement surgeries that completed my second chance at life. ”So many things about Bonnie’s life are different now, but she points to something most of us take for granted as one of her biggest accomplishments: “I used to have to use the full strength of my arms to get up stairs. If I saw a stairway in my path, I would feel dread, but now I can simply walk up stairs like everyone else.” Just three weeks after her second surgery, Bonnie was able to participate in a Down syndrome awareness walk in New Orleans with her family, including her grandson, who has Down syndrome. “He is my heart,” she gushed. This annual walk is the activity she most treasures.

Had I Known Then
Bonnie was recently included in a nationwide educational campaign developed to inform and encourage those struggling with severe joint pain to consider joint replacement surgery. Visit www.HadIKnownThen.com to read inspirational journeys from Bonnie and other patients whose lives have been changed by joint replacement.

“I want people to realize that just because you get older, that doesn’t mean you have to stop living. I choke up when I think about my mindset back then; that I thought I was in the last years of my life. I’m 64, but I feel like I’m 50, and I can do things now that I couldn’t do when I was 40.” 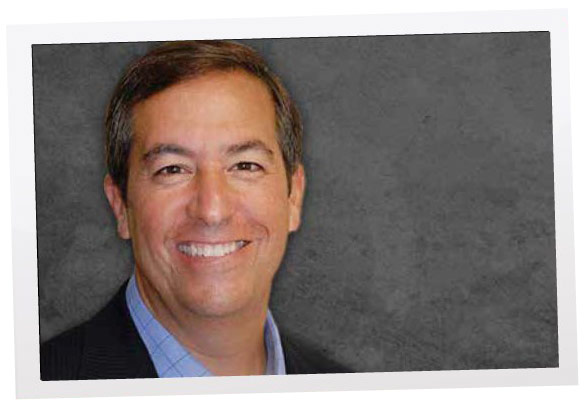 THE SURGEON: DR. RICHARD MEYER
The arthritic knees that plagued Bonnie have unfortunately become a common malady in the United States—particularly with the increase in the senior population—and knee replacement surgery is now the most frequently performed joint replacement surgery in the US. The increase in obesity rates compounds the problem, as being overweight aggravates underlying arthritis and makes surgery more likely at a younger age. “The force through your hip or your knee is two to three times your body weight, so if someone is just 30 pounds overweight, it’s 90 pounds of extra force,” explained Dr. Richard Meyer, the orthopedic surgeon who performed Bonnie’s surgeries.

“Like flying an airplane under the control of a computer”
The use of computer-assisted technology for knee replacements became available in 2005, and it introduced a level of precision previously unknown. “The more precise the cut, the better aligned the replacement knee will be,” explained Dr. Meyer, adding this analogy: “It’s like flying an airplane under the control of a computer.” He was quick to adopt the technology and was the first Louisiana physician to utilize it for knee replacements. Additionally, he is the only orthopedic surgeon who is fellowship/specialty trained in hip and knee reconstruction/replacement at Touro Infirmary, where he is also a clinical instructor of this technology. In addition to computer navigation, he employs less invasive surgical techniques and custom cutting guides based on a CAT scan image of the knee. These techniques allow him to avoid cutting into the quadriceps and tendons, eliminate some of the drilling into the bone, minimize blood loss and make for a faster surgery.

Pain Management
Bonnie’s case is not unusual. Patients 60 and older often have to have both knees replaced. “If one knee bothers you more, you don’t notice the pain from the other knee,” said Dr. Meyer. Of course, before he considers surgery, Dr. Meyer has several other methods for alleviating knee pain, such as medication and injections like hyaluranoic acid, which acts as a lubricant for the knee.

Advanced Hip Replacement
Dr. Meyer is also an expert in hip replacement surgery, and is trained in the latest technique: total hip arthroplasty using a direct anterior approach. “I went to California to train with a specific doctor to learn how to apply this technique to total hip replacements, and I’ve done 250-300 of these procedures since.” Performing the hip replacement from the front of the body as opposed to the traditional entry points through the side of the hip and buttocks, allows Dr. Meyer to separate the muscles without cutting them. The results are a faster recovery, a more stable prosthesis, and no restrictions for patients post-surgery for what they can and cannot do. Dr. Meyer also serves as a clinical instructor for the anterior approach total hip procedure.

For more information about joint pain treatment, including a surgeon locator and seminar details, visit RealLifeTested.com.

“What Bonnie underwent is a life-changing surgery. From a patient standpoint, it’s about quality of life. If you reach a point where you’re in pain, can’t sleep at night, are not able to socialize or go out or do certain activities you are used to enjoying—that impacts your quality of life.”