Interview with Gary LaGrange, President and CEO of the Port of New Orleans 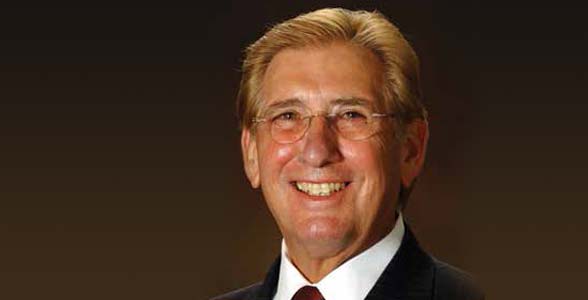 A river runs through New Orleans, but with the Mississippi largely hidden from view (except at a few places such as the Moonwalk and the Fly), it’s easy to forget how much this natural resource contributes to the city’s economy. The Lower Mississippi is the nation’s—indeed the world’s—busiest waterway in terms of ocean vessels, seeing more than 6,000 annually, and the Port of New Orleans is the cornerstone of all this activity.

“We’re coming off two record years, and it looks like we’re about to have a third,” said Gary LaGrange, president and CEO of the Port of New Orleans. “We’re breaking a ship-call record that hasn’t been touched since the 1890s.”

The current bustle at the port is particularly impressive considering that in 2005 Hurricane Katrina destroyed one-third of its infrastructure ($100 million worth of damage), disrupted ground transportation links and upended employees’ lives. As with New Orleans as a whole, after the storm some people recommended writing off the port entirely.

But the port did more than get back on its feet. It came back better. It continues to invest in growth, including $300 million worth of improvements in 2012 alone. A number of factors have contributed to the success of the last few years.

“A lot has to do with the growth in container shipping, which is a strength of the port,” LaGrange said. “Cargo that wouldn’t have been shipped in containers twenty years ago is today. That business doubled from 2009 to 2011. And in 2011, an agreement between major container shipping companies had them move their business to us from Houston.

“In addition, the cruise ship industry has taken off,” LaGrange continued. “We run 24,000 passengers every weekend, which is tantamount to a major convention. Many of these tourists buy packages that include nights in New Orleans hotels, so our tourism industry benefits. It’s even going to get better when a new cruise terminal opens at Poland Avenue.”

When people refer to the Port of New Orleans (as opposed to New Orleans as a port city), they’re talking about the entity encompassing the docks and infrastructure related to maritime trade and activity. While the port owns the physical assets, it operates mostly as a landlord and leases these assets to private enterprises. The facilities are in demand because of the port’s developed infrastructure and unparalleled location.

“It’s a unique port. There’s no other like it in the United States,” LaGrange said.
“You can reach 33 states on the water without ever touching land. All six big trunk-line railroads are here and 75 truck lines call into port. If we’re not working, retail shelves around the country would be empty.”

The Port of New Orleans doesn’t handle all of the activity on the Lower Mississippi. In a 290-mile stretch from Baton Rouge to the mouth of the river, there are five ports with different specialties. For example, grain shipments are a focus of the Port of South Louisiana. The Port of New Orleans handles a third of the cargo in this part of the river, but it’s by far the most valuable cargo: 80% of the total value.

The organization directly employs about 300 people. LaGrange said some 63,000 people work for the port’s corporate lessees, and over 300,000 more jobs can be attributed to port activity. “These are good jobs, not minimum wage jobs,” he pointed out.

LaGrange spends his time promoting the port, interacting with customers and public officials and keeping an eye on funding. “Even though the port is a public entity, we operate it on what we make over the docks,” he said. “Houston has an ad valorem tax they receive from the county. I have to say I’m envious. We have no tax basis.”

LaGrange grew up in St. Mary Parish, which is on the Gulf, and grew familiar with New Orleans through frequent visits to family members. He worked his way through college at the University of Louisiana at Lafayette by playing trombone in R&B bands with names like the Tempos, the Dynamics and the Roller Coasters. (LaGrange says he still loves the music but gave up the instrument.) He earned a bachelor’s in economic geography and a master’s in urban planning, and although he didn’t have an inkling of where his future career would lead, he wrote a paper on the Tchoupitoulas corridor and how to keep port-bound trucks out of the Garden District.

Other aspects of his youth foreshadowed his career. When he was a child, his father, who served as president of the St. Mary Parish Council, used to complain that the parish needed a port. He spoke of the issue so much that the boy grew tired of hearing about it. But decades later when LaGrange was working for a regional planning commission in Lafayette, St. Mary’s Parish officials consulted him on building a port. They eventually offered him a job, and he spearheaded its construction.

“That was a fun experience. It gave me the chance to be creative,” he recalled. “Then I moved to the Port of South Louisiana, where I learned the deep draft side of the industry, and when Gulfport called, I learned the container side, which South Louisiana didn’t have. Now I’ve been at the Port of New Orleans for 12 years. When this job opened up, it was a dream come true.”