New Orleans Takes On the NFL and Prepares To Party 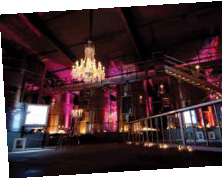 New Orleans is a championship city. As testament, aside from the college football and basketball championships, New Orleans has hosted nine Super Bowls, and come February 2013 it will host its tenth. Only Miami has hosted as many, and no stadium has held as many Super Bowls within its confines as the Superdome. In all but this last, the city never hoped to dream or expect that it could possibly watch its home team play in the game itself, but this year promised to be different. After winning the Super Bowl after the 2009 season, overcoming all naysayers and 40 years of failure and derision, it seemed all things were possible; and in fact, the award of Super Bowl XLVII (the 47th game for the Lombardi Trophy) had been made to the city just earlier that year so the very promise of a home championship wafted through the air and stayed there for another two more years as the Saints continued to dominate. Of course what then happened, in 2012, was a sort of tragic deux ex machine: the commissioner from on high divined a series of pronouncements that at first accused, then adjudged, then sentenced the team and its fans to a season in living purgatory. The details are no longer worth repeating because they have been so well debated by now, but the team was left virtually hogtied without its head coach all year and the assistant head coach and its general manager for much of the year, while multiple players saw their futures in doubt, and inevitably confusion and emotionalism reigned throughout, leaving what should have been a bountiful year instead fallow and without reward.

But it is time to turn the page, because what remains is the fact that the city is hands down the absolute best Super Bowl destination possible for the league, as it offers a walkable downtown stadium, a warm southern climate, world-class cuisine, nearby fine drinking establishments and public houses aplenty, a surfeit of hotel rooms and meeting spaces and numerous tourist and historical sites for families not so inclined to enjoy the other features. New Orleans opens its doors to tourists year-round, and the Super Bowl is not even the biggest event it will host in 2013, coming in distantly behind Carnival. No other Super Bowl suitor can claim that. The city’s tourism industry is well oiled and well prepared and it will handle the event seamlessly, both league and locale seem perfectly matched, and yet this will be the first time the Crescent City has hosted since 2002.

Much transpired between the city and league before the first Super Bowl in 1970, including New Orleans being courted by the old AFL and the congressional intrigue that legend says landed the franchise here under the NFL’s shield in 1966 in a bargain that also made the modern league a reality. And much has happened since the last, including the threat to the city and Saints franchise due to Hurricane Katrina, the great “pay-for-performance” tempest of this past year and a league championship to call their own. But in between, the New Orleans Super Bowls have featured Len Dawson hammering the nail into the old NFL’s coffin, Roger Staubach and Terry Bradshaw winning their respective dynasties’ first titles, Denver’s Orange Crush being crushed by Golden Richards’ diving touchdown catch, the redemption of Jim Plunkett, the 1985 Bears featuring the “46” defense and Walter “Sweetness” Payton, the triumph of Joe Montana over John Elway, Brett Favre’s sole championship and finally, the rise of the New England Patriots.

Thus, a lot has gone down between city and league, and nearly all of it has been mutually beneficial. Over the course of the two weeks leading up to the big game, the league will bring the NFL Experience, a multi-day interactive entertainment event featuring games, displays, clinics, player appearances and memorabilia, all held at the Morial Convention Center, as well as the Taste of the NFL and NFL Media Day—all open to the public. But more importantly, the city will be featured by national and international media, and sports and entertainment celebrities will be in town in abundance, and as a result the city will be getting just what it pleaded for in 2005 when its survival was so much in doubt: a chance to show its continued relevance, vitality and importance to the nation. And the league, of course, will receive the city’s reciprocation as it finds itself immersed in the middle of Mardi Gras, the biggest free party in the nation surrounding its own crowning celebration on a gratis basis, again an offering unique to New Orleans. Much has been said of the Saints’ connection to the city and the intertwining passions that make football in the Big Easy so special, but it is well worth remembering that there is still a connection between the city and the nation that needs to be completely renewed and this may be the best chance to do so since that infernal storm wreaked havoc. Ironically, though the league has sometimes been perceived in the past year to be the city’s greatest nemesis, it is the NFL itself which can finally restore New Orleans’s place in the American consciousness. And in order to do that, Saints fans and the City that Care Forgot need to forgive, forget and party. Well, at least until next year.

170
previous The Saints’ Turnaround
next A Star Is Reborn