Clear and odorless, vodka is a highly adaptable spirit, serving as a near perfect host for adding flavors. But unlike its clear appearance, vodka’s history is a bit murkier. 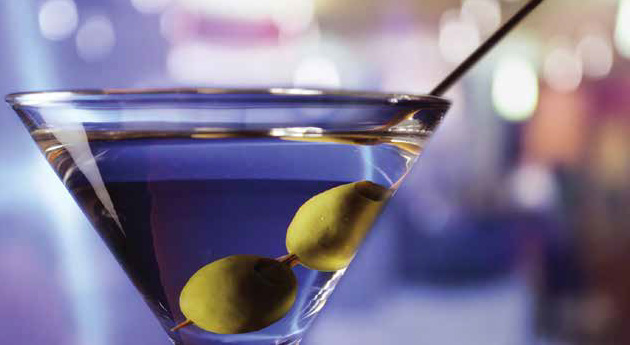 It came on the scene sometime between the 9th and 12th centuries, probably in Russia, or maybe Poland, depending on who you ask!

The name vodka likely comes from the Russian “voda,” meaning little water. Along with appearance and smell, all vodkas have a few other features in common: they’re all distilled several times, derived from a broad variety of grains or sugar–based plants and usually include additional filtering.

Finished vodka is usually 80 proof, or around 40% alcohol by volume. While flavored vodkas (sweet, spicy or fruity) are trendy these days, we’ll focus on the base, or neutral, spirit. Here are some popular choices, sorted by their principal ingredient, including a brand new Louisiana vodka from Rouses’ home base in Thibodaux:

Corn Vodka
Tito’s, Austin, Texas. How could you go wrong with a founder and owner named Tito Beveridge? Mr. Beveridge, a former geologist, painstakingly taste-tested dozens of the world’s best vodkas while developing his own brand. In the end, using American-grown corn, Tito’s is distilled six times in a smaller-batch antique pot still using a technique the company describes as similar to that which produces single malt scotch or cognac, and filtered through charcoal.

Wheat Vodka
Grey Goose, Cognac Region, France. Despite its French production, Grey Goose is a Bacardi company with a large U.S. market. According to its makers, it features bread-and pastry-quality wheat, as well as superior water, drawn from 500 feet underground and filtered through limestone. Grey Goose’s original vodka joins four other flavored varieties, including Cherry Noir, L’Orange and Le Citron. As an added flair, its bottles have corks rather than typical screw tops.

Potato Vodka
Chopin, Krzesk, Poland. Although also the maker of wheat and rye vodkas, Chopin (named for composer Frederic), produces its potato variety only in the fall, using potatoes that are carefully harvested for high starch content. Chopin achieves a self–sustaining process by recycling the leftover potato mash into fertilizer for the new crop. Chopin features no additives, and goes through four distillations and five filtrations to produce one of the earliest premium vodkas.

Sally’s tasting note: An alluring nose with subtle notes of vanilla and green apple. It’s creamy and wellrounded with a reassuring earthiness and a long, clean finish.

Sally’s tasting note: Some light vanilla notes swaying between sweet and savory, with a hint of white pepper and spice. Good lengthy finish with notes of almond and faint Brazil nut.

Rice Vodka
Oryza, Donner-Peltier Distillery, Thibodaux, Louisiana. Launched in December 2012, Donner-Peltier features handmade vodka as their first spirit (next up: rum). Louisiana rice is the unique ingredient from which this vodka is made. Add in local sugar (in fact, the distillery sits practically in the middle of sugar cane fields), and it’s easy to see how thoroughly Donner-Peltier capitalizes on fresh, Louisiana products. Master Distiller John Couchot spares no effort or expense in creating Oryza, distilling it 17 times, using quadruple-purified water in a custom, copper vodka still. And as a final bonus, Oryza vodka is gluten-free.

Sally’s tasting note: Deep and creamy, yet crisp to the palate, with a unique, subtle sweetness in the finish.