An Interview with Todd Graves, Founder and CEO of Raising Cane’s 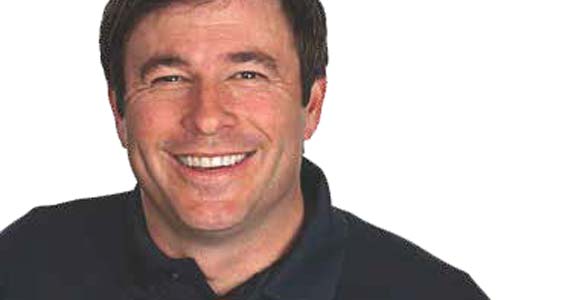 Anyone who gets an office job at the restaurant chain Raising Cane’s, whether in accounting or marketing or tech support, will spend two weeks minimum as a fry cook and cashier. “Fry cook” and “cashier” also become part of each employee’s official title.

“The whole idea is that we’re all serving chicken to our customers. We don’t want to lose sight of that,” says Founder, CEO, Fry Cook and Cashier Todd Graves. “Everyone goes through training at one of our restaurants. They need to understand what it’s about. At other restaurants, people in three-piece suits talk about customer service, but to me they seem disconnected.”

Graves himself doesn’t spend too much time behind the counter anymore, but over the years he’s certainly expended a lot of elbow grease. Even before Cane’s began, to raise the capital for his first location, Graves put in long hours at an oil refinery, and later, on an Alaskan fishing boat. Hammer in hand, he built his first restaurant in Baton Rouge in 1996. Now the chain boasts almost 150 locations around the country.

Graves’ story is the story of his restaurant. He always appears in Raising Cane’s ads, he’s featured prominently on the corporate website and his yellow Lab (Cane I and now Cane II) serves as the restaurant’s namesake and mascot.

The Raising Cane’s narrative is a classic, entrepreneurial one of vision and hard work leading to success, so it’s not surprising that Graves feels motivated to help out with an annual event called Lemonade Day, which aims to teach children about the basics of running a business. This year, Lemonade Day takes place on Saturday, May 4, when kids in the New Orleans area (and in dozens of other communities around the country) will sell lemonade from handmade stands and decorated card tables.

“They’ll learn how to earn money, to save some and to give a little back to the community,” Graves said. “My first business when I was a kid was a lemonade stand.”
Graves and his friend John Georges, owner of Georges Enterprises, are the two key local sponsors. Lemonade Day workbooks are distributed at Raising Cane’s restaurants.

Although Graves seems to have always had business in his blood, he studied telecommunications and journalism at LSU, not business. “I never had any formal management training,” he said. “In hindsight, it could have helped with my learning curve.”

While a student, he worked in restaurants. Food, if not necessarily chicken fingers, was always a passion.

“Growing up in South Louisiana, food was love. When my grandmother made me a pie, it was because she loved me,” he said. “I would spend time with my mother in the kitchen. She cooked dinner every night. That was a special time for me. And I love the feeling and the pace of working in a restaurant—making people happy, cooking for them and cleaning up after them.”

Raising Cane’s has always had a limited menu, consisting of basically just chicken fingers and a few sides. When opening Raising Cane’s, Graves decided his strategy would be to focus on one thing so he could do it better than anyone else. At the time, chicken fingers were becoming a big thing.

Many restaurants fail, and Graves attributes the success of Raising Cane’s to its focus, as well as to the company culture. “The restaurant is my dream. It means something to me,” he said. “You can tell if a business is driven by its founder. If it’s driven by a venture capitalist, it’s just a financial transaction. For me and my organization, serving our food to customers is a matter of pride.”

Restaurants are part of the family. When Graves met the woman who’d become his wife, she was a McDonald’s franchisee. Along with raising their children, she now is involved in Raising Cane’s community outreach.

“When we were dating, it was fun. We could talk shop,” Graves said. “We’d discuss how we’d salt our fries.”