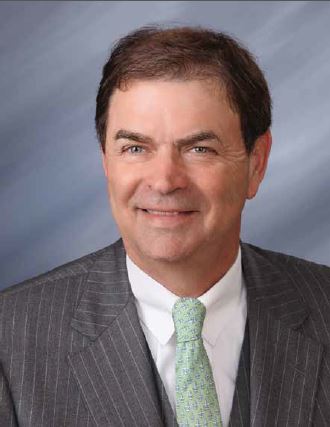 The FDIC has a formal definition of the term “community bank,” namely a bank characterized by a narrow geographic reach and assets of up to $1 billion, but Guy T. Williams takes the word “community” to heart. Williams, CEO and Co-founder of Gulf Coast Bank, said his institution works closely with local businesses to get them the capital they need to get started or grow. On the public service side, the bank manages several innovative charity programs for local causes.

“What we focus on is small business lending, said Williams. “Loan rates are pretty much the same wherever you go, but with us, the service and support are better. The entire experience is better.”

Although “better” may be subjective, one fact bears out Williams’ claim: Gulf Coast Bank makes more SBA loans in the state than any other financial institution. In other words, it’s the largest lender of small business loans in Louisiana, and it has been for the last four years.

Funding is only part of the equation. “When someone starts a small business, an awful lot of handholding is necessary,” Williams said. “Entrepreneurs have great ideas and know how to run with them, but they’re not typically familiar with the financials. At Gulf Coast, we look at how we can make their business models make sense. Other banks don’t take the time to do that.”

When entrepreneurs come in with a business plan, the lender will walk them through things they may not have thought of or examined closely enough, everything from income versus expenses on the balance sheet to a marketing strategy to workers comp insurance. Sometimes, the entrepreneur might not even have a business plan, and the banker will offer guidance in creating one.

As for Gulf Coast Bank’s participation in the charitable arena, in March, it awarded $50,000 to ten local charities through a program called Community Rewards. Over 300 groups threw their hats in the ring, and the winners were those organizations that received the most votes from the public during a month-long voting period. The top winner? Looziana Basset Rescue.

“We were shocked that a dog rescue group took the top prize,” Williams said. “I thought a school would win first place. With parents, alumni and students, a school would have a natural voting base. But all the winners did a great job of getting out the vote. They showed that people care about their causes.”

Another charitable endeavor is Auctions in August. It’s akin to those silent auctions common at nonprofit events where guests compete for donated items by writing down bids on a sheet of paper. In Auctions in August, the items are divvyed up across the bank’s branches, and those donating the prizes can choose whichever cause they prefer. Gulf Coast’s branches are spread from New Orleans to Baton Rouge, but bidders can sort through the items they hope to acquire or the charities they wish to support online.

In addition, Gulf Coast enjoys sponsoring the Zephyrs, New Orleans’ own minor league baseball team. For the Pack the Park event, the bank distributes free vouchers to schools and church groups for them to sell for fundraising. During the Fourth of July, it invites 500 veterans and their families to enjoy a game and eat for free.

“The Zephyrs are a wonderful family value,” Williams said. “We want to give them exposure so people can understand how great the games are.”

The roots of Gulf Coast Bank trace back to 1883 with the founding of another bank called American Savings. It collapsed during the savings-and-loan crisis a century later. Williams and his partner, Dieter Hugel, both already experienced bankers, purchased the bank in 1990 and started Gulf Coast.

“Unlike the recent subprime banking crisis, the S&L crisis wasn’t the fault of the banks it affected,” Williams said, explaining that it stemmed from a government decision to deregulate deposit rates. To survive, savings and loan institutions had to diversify into areas unfamiliar to them such as commercial lending, but many didn’t have the expertise to do so profitably and went bankrupt. Gulf Coast brought in that knowledge along with new sources of capital, and the new bank began to thrive.

“We’ve never had a money-losing year, not even during the recent subprime crisis,” Williams said. “Our bank never got into subprime lending. It always made sense to me to lend to people who can make their payments.”

2.76K
previous Todd Graves
next An Interview with Will French, President of Film Production Capital