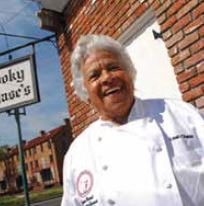 Rio Mar, the ever-popular Spanish and Latin American seafood and tapas restaurant in the Warehouse District, has announced that owner Nick Bazan will share ownership with Miles Prescott, who also happens to be the executive chef. Prescott is a seasoned chef who studied at the New England Culinary Institute in Vermont and has since derived skills from years of experience in the kitchens of greats, as well as immersion in many of the world’s classic cuisines. Bazan is excited about the new partnership, and said that Prescott “has tremendous restaurant experience, in and out of the kitchen, and this is a great opportunity for him to move forward in his culinary career. He is extremely passionate about his work and I am constantly impressed by his innovation and flair for culinary artistry.”

The French Quarter gourmet ice pop shop, Meltdown, will open a second location in the Bywater. Owner Michelle Weaver revealed via Facebook that she has found the perfect spot at 4011 St. Claude Avenue, between Bartholomew and Mazant Streets, and hopes to open sometime this month. The Bywater keeps improving its food options and it will just get better with the addition of gourmet ice pops made from all natural and mostly local ingredients.

Tivoli & Lee, a brand new “modern Southern bistro” headed by Chef Mike Nirenberg, has replaced Dominique Macquet’s Tamarind in the Hotel Modern on Lee Circle. Nirenberg will apply the experience he has garnered from working in the kitchens of Patois and The Delachaise to create a fresh farm-to-table menu featuring dishes like Chappapeela Farms Duck Confit with braised greens, andouille tots and pomegranate glaze or a Poached Gulf Shrimp Salad with pickled vegetables and a chili-shallot vinaigrette.

The New Orleans Wine & Food Experience and the John Besh Foundation have gathered the nation’s best chefs to celebrate the lifetime achievement of Leah Chase on May 25 at their “Funkin’ It Up” Fundraiser. That same night, the John Besh Foundation will award the John Besh and Bride Mayor Chefs Move! Scholarships for Culinary Arts and Pastry Arts for the International Culinary Center in New York. Some of the best chefs in the country will present at this incredible event including John Besh, Donald Link, John Currence, Aarón Sanchez, Danny Bowien, Michelle Bernstein, David Slater, Jacques Torres and Michael Anthony.

One of the oldest restaurants in the city (if not the country) has recently opened a steakhouse on Bourbon Street. Galatoire’s 33 Bar & Steak is located in a lavishly restored building right next door to the original 135-year-old Galatoire’s. The steakhouse has a masculine atmosphere and a menu that features USDA Prime cuts of beef and house specialties like shrimp remoulade and steamed lobster meuniere.