An Interview with Will French, President of Film Production Capital

New Orleans these days buzzes with a burgeoning culture of entrepreneurship that attracts attention from national business publications, so it can sometimes be hard to remember how bleak the business climate of the Crescent City once was. 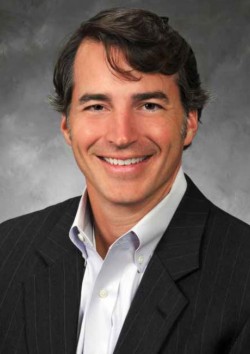 Will French remembers. He came of age during those times.

“I was born in 1971 and grew up when the local economy was busting,” he recalled. “I saw businesses leave and high-rises empty out. Ninety percent of my high-school class at Newman left the state. I didn’t want to be part of that. I wanted to try to turn the tide and reverse the brain drain.”

Now the president of Film Production Capital, a firm that serves as a financial resource to film productions, French built his company alongside Louisiana’s film industry, which exploded from almost nothing a decade ago to becoming “Hollywood South.” Although French is reluctant to take too much credit, one can make the case that he served as an essential spark that led the Louisiana movie business to where it is today, ranking only behind California and New York in the U.S.

“I was working as a corporate lawyer in 2003, and some film productions started to come to town,” he said. “It was the first time I’d seen any new business coming here.”

Film producers had been attracted by tax credits newly passed by the state legislature, but they didn’t know what to do with them. They came to realize the credits were worthless to them, since their productions didn’t generate much in Louisiana tax liabilities. Some were feeling resentful, even tricked. French wondered if he could set up an accounting structure that would allow producers to sell these credits to in-state parties. When he floated the idea to the producers of “Ray,” they expressed enthusiastic interest.

For close to a year, French spent nights and weekends working on the project. He found a buyer for some of the “Ray” credits and arranged a sale, but the buyer backed out at the last minute. So French acquired a line of credit and purchased the credits himself.

Finding takers for the tax credits wasn’t difficult. French bought more and again unloaded those for more than he paid for them. He had a business model, and these tax credits suddenly had real worth. Productions started flocking to Louisiana.

“Every transaction I made was thrilling,” he said. “Not only was I growing my business, but my state and city were benefiting as well.”

Being part of the movie business, French’s job offers the perks of exposure to bright lights and glamour. He’s attended the Cannes Film Festival and red carpet premieres where he rubs shoulders with stars. Still, French admits he frequently has to look up names of actors and directors in the Internet Movie Database.

“I didn’t get into this because I love the film business,” he said. “I got into it because I could make deals work. Still, it’s more fun than corporate law.”

Film Production Capital has branched into lending activity and opened offices in other states that now have imitative tax-credit laws.

“I’ll help out productions elsewhere when it comes up, but I’m not trying to grow an industry outside Louisiana,” said French. “The film business has changed. It’s highly mobile and decentralized. We’re growing it and bringing it into our borders.

“We have to keep the tax-incentive program strong,” he added. “Before long, we’ll reach a critical-mass stage where we’ll have the resources to make films in a more competitive manner than Hollywood.”

Indeed, the success of Louisiana’s film industry is directly related to its tax laws. Legislators often bemoan the loss of tax revenue and seek to make changes. French sees it as his mission to champion the tax laws and make the case that the laws create a net-positive in terms of jobs created, production spending and retail and hospitality revenue, not to mention intangibles like prestige and publicity.

The facts bear this out. A recently released report from the Louisiana Economic Development found tax credits cost the state $165 million in 2012, but productions created a $1.87 billion impact in sales and household earnings.

To promote the industry in general, French is president of the Louisiana Film and Entertainment Association, a nonprofit trade group. If changes are to be made to the laws, he argues, they should not be done blindly or in a way that cripples the industry.

“When the legislature is in session, I spend a lot of time in Baton Rouge,” he said. “There are several bills out there from uninformed legislators that could be quite damaging. We have to be proactive. One little mistake could push productions to other states and that would be catastrophic for us.”