Puts medicine, philanthropy and compassion to work in New Orleans. 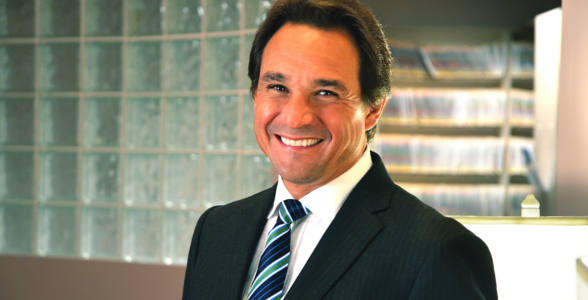 “I liked medicine because it was hands on,” admitted Dr. Eric R. George. “It’s such a rewarding profession.” Although the Yeager Scholar was swinging on a professional pendulum between medicine and law (both his brother and father were attorneys), George chose to be a doctor and went on to study at the Marshall University School of Medicine. He completed his residency in trauma surgery at Michigan State University before doing two fellowships, the first in plastic and reconstructive surgery at Grand Rapids Area Medical Education Center and the second in orthopedic hand and upper extremity reconstructive surgery at the Integrated Mayo Clinic in Phoenix, Arizona.

In 2003, George co-founded Omega Hospital, the first physician-owned hospital in the Greater New Orleans Area. Now the leading surgical center in the region, Omega offers a patient-focused facility that emphasizes the individual with “caring and compassion.” The luxury hospital offers rooms with robes, mini-bars, coffee-makers, microwaves and even another bed reserved for relatives and loved ones. With over 50 physicians representing 19 medical and surgical specialties, Omega takes pride in its preoperative diagnostic requirements, which meet or exceed state and federal standards.

When he is not managing anywhere from 30-40 patients a day, George is also an active businessman and philanthropist in the New Orleans community and beyond. He owns numerous properties and companies, including oil and gas pipeline properties in the Gulf of Mexico, an international medical supply company, restaurant franchises and the Royal Orleans and Windsor Court Hotels. George is on the Board of Directors at the Tipitina’s Foundation, whose “Instruments a Comin’” benefit raised over $2 million this year for local school band programs. Finally, George is the benefactor and namesake of the St. Martin’s Episcopal School’s early education program, the “George Cottage,” located in Metairie.

In his second year of residency, George married his teenage sweetheart who just happened to be the homecoming queen from the rival high school. Together they raised two daughters, Cassidy and Chloe, whose foundation developed a school for orphans in Mombasa, Kenya in 2010. Chloe is now a sophomore at Harvard University majoring in International Relations and Cassidy is about to begin her studies in Fine Arts at New York University. George is proud of his daughters’ accomplishments: “I always taught them to first love what they do, and always try to make other people happy.”