Brings Ochsner to the forefront of cardiothoracic surgery 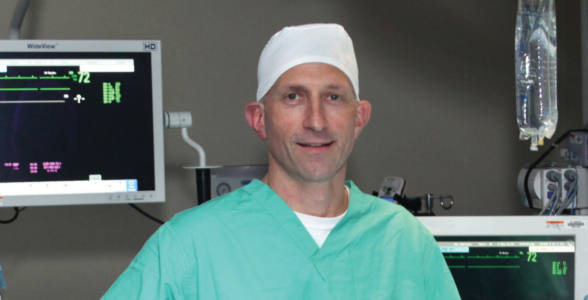 Although he was born and raised in Rome, Georgia, Gene Parrino’s roots are in Louisiana. With a mother originally from Bogalusa and a father from Monroe, in his youth, Parrino visited relatives in all parts of Louisiana, and especially in New Orleans. Growing up, he never considered a career as a doctor until a high school football injury required knee surgery. “I found myself very intrigued by the whole process. I thought it was really cool.”

Parrino was on the pre-med track as an undergrad at the University of Virginia. He went on to earn his medical degree at the Medical College of Georgia and then returned to Virginia to complete residencies in General Surgery and Cardiothoracic Surgery. He then spent several years as a clinical associate for heart failure and transplantation at the Cleveland Clinic in Ohio.

In 2004, Ochsner and Parrino “found each other” as the hospital was in need of a cardiothoracic surgeon and Parrino was looking to work in a teaching hospital with a constant influx of physicians-in-training and the “latest and greatest” technology. Today, the cardiothoracic team at Ochsner has grown immensely and was recently ranked #18 in the nation for cardiology.

When he is not busy performing intricate surgeries that save lives, Parrino likes to indulge in the sportsman’s paradise that is Louisiana. “I’m not a golfer,” he said, laughing. “But I really enjoy fishing and duck hunting with friends.” Dr. Parrino lives in Uptown New Orleans with his wife and three children, and can often be found cycling to the hospital atop the levee.