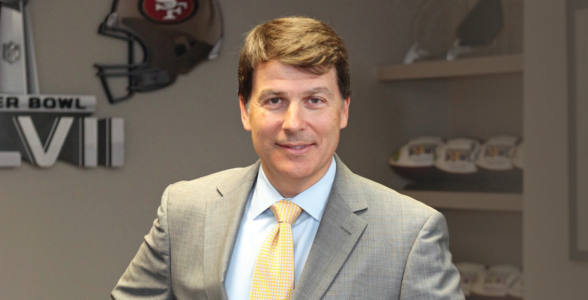 With a father who taught both football and baseball at Loyola College Prep in Shreveport for 45 years, it’s not surprising that Jay Cicero pursued a career in sports. For years, kids looked up to his father and to this day, many of them admit he was “the most influential guy in their lives.” Cicero himself enjoyed playing second base throughout high school.

Although he majored in marketing with a minor in management, sports was steeped into Cicero’s life, and only a few years after graduating, he began his storied career as Vice President and eventually Assistant General Manager of the Shreveport Captains, a minor league baseball team that is currently in Dallas. Cicero was also the first general manager of the New Orleans Zephyrs, from 1993-94.

Today, Cicero is President and CEO of the Greater New Orleans Sports Foundation, a non-profit organization whose goal is to attract and manage sporting events that will have a positive economic impact on the greater New Orleans area. He also served as Executive Director of the Super Bowl XXXVI & XLVII Host Committees. “We hope to be invited to bid for the 2018 Super Bowl,” explained Cicero. The entire city benefits from these events, from the hospitality industry and business community to local youth and the facilities in which the events are held.

When not busy working to improve the economic environment in New Orleans, Cicero spends time in his Mandeville home with his new wife and three children. He also loves to play golf at Beau Chêne on the Northshore, but said his family “always comes first.”