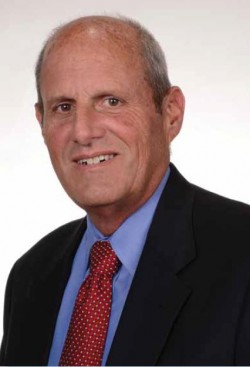 for California to embrace a hippie lifestyle and fell out of touch with his family. His mother neglected to include him in her estate, and after her death, the family home was sold. Years later, the man reappeared and filed a legal claim on the property, now in the hands of someone else.

This is just one of the countless stories that T. Howard Leach III comes across as president of Delta Title. “Probably about 85% of properties have at least minor issues with their titles,” he said. “Buyers need to get a good, clean title, so the main thing we do is make sure the documents get executed properly during the real estate transaction before a property changes hands.”

To that end, the company has relations with researchers in every parish of the state and throughout Mississippi as well. The researchers, or abstractors, dig into public records at local courthouses and investigate a property’s title at least 30 years into the past. They send the documents they unearth to attorneys at Delta Title who make sure all the transactions link up. The attorneys also look to ensure the property has no uncanceled judgments, uncleared liens or outstanding mortgages. Whenever they do find an issue, they work to clear those up.

“We want the transaction to appear as smooth as glass to the customer,” Leach said. “In all honesty, most customers have no clue how hard my employees work to get transactions to table. Then again, they don’t have to.”

Delta Title, which is about to celebrate its 50th anniversary this year, is the oldest title company in Louisiana. It’s also one of the largest, if not the largest, with offices throughout the New Orleans area and into Baton Rouge and Lafayette. The company is currently in a growth mode and expanding into new, bigger headquarters in Metairie.

Delta Title was started by an attorney in 1963 who built it over the course of several decades. After his death, his family tried to take it over for a few years but soon sold it to The Gray Insurance Company, which runs it as a subsidiary.

“Title companies tend to come and go. They pop up when times are good and disappear when times are bad,” Leach said. “In recent years, things changed a lot with the implosion of the housing market and the decrease in home prices. Normal cash sales and transfers fell off a cliff, but the foreclosure market went up. Now I see things starting to level off again, and some areas are even experiencing competing bids for properties. It’s a refreshing change.”

In the years to come, Leach said his industry will be seeing a lot of changes sent down from Washington, notably from the newly formed Consumer Financial Protection Bureau. Leach claims that voluminous new regulations will make real estate transactions more difficult.

“In 2003 or 2004, you were given a loan if you had a pulse. You didn’t have to prove income, assets or any ability to repay,” he said. “Now they’ve gone in the complete opposite direction and are making the process so burdensome that qualified people can’t get approved for loans.”

As president of the company, Leach is involved in everything from day-to-day operations to building Delta’s referral base among realtors and lenders to participating in closings. “I travel around to the different offices a lot,” he added. “A surprise visit is a good thing. It keeps people on their toes.”

Leach grew up in New Orleans and attended Tulane University; his generation was the seventh to do so in his family. He continued on to Tulane Law, and after graduation, he hung up a shingle for his private law practice, which focused on defense litigation. Leach had been friends with members of the Gray family ever since childhood, and as an adult in the professional world, he often represented the family and its business interests in a legal capacity. When The Gray Insurance Company acquired Delta Title, they asked Leach to run it.

“Even though it was an area of law that was new to me, I said, ‘Sure, why not?’ I had to learn on the fly. I also had to learn how to be an employer. I’d had my own single-person law practice. Overnight, I had 100 employees to manage.”

Leach is engaged to be married, and in his spare time, when not planning a wedding, he seeks out activities that get his adrenaline going. “I love to go skiing, sailing, whitewater rafting…,” he said. “I’m sitting at a desk all day. I need an antidote to that.”