As president of AT&T Louisiana, Bill Oliver has found the perfect career match 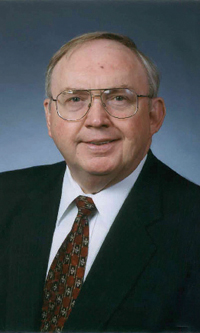 In the 36 years Bill Oliver has been with AT&T and moved up to his current position of president of AT&T Louisiana, he’s seen a lot of changes in the telecom world. “Today, it’s all about customer choice. Back then, you had choice, too. You could choose your phone in either black or black,” he jokes.

The speed of telecom advancements is indeed a little dizzying. One of the T’s in AT&T, after all, stood for “telegraph,” the once-thriving form of international communication that practically doesn’t exist anymore. And the black-or-black choice is a far cry from today’s multicolored cell phones where users can customize the faceplates, download ringtones and take pictures of loved ones to use as background wallpaper.

Oliver recalls when he began his career with AT&T in 1973, the company had a rural development program to improve communication in Louisiana’s more remote areas. All phones at the time were rotary, and the system in some places still required people to talk to an operator to connect them. There were even AT&T customers who were still using “party lines” where as many as eight households shared the same phone connection.

“The telephone was a luxury. Long distance was an even greater luxury. Now it’s a part of life,” Oliver says. “The access to information now is just fantastic.”

Looking ahead to the future, Oliver sees more changes coming. One initiative AT&T has been rolling out is called U-verse, an Internet-based video service transmitted over fiber-optic networks that compete directly with cable services. It is already available in some states, while in Louisiana, details are being worked out in the legislature. Oliver also mentions the iPhone as a product that will continue to develop and how PDAs like BlackBerrys and Treos are adding even more capabilities. On typical cell phones, a feature is coming where users can stream video directly to someone else’s phone.

Developments like these are why AT&T Louisiana recently announced a $104 million investment deal to expand the state’s wireless coverage with 76 new cell sites. “There are more people with more phones using them for more data,” Oliver says. “We need the infrastructure to support it.”

This investment is in addition to the $1 billion AT&T has spent so far to recover from Hurricanes Katrina and Rita. Oliver states that the company lost 2 million feet of cable in New Orleans, which has largely been replaced by fiber optics.

“It’s good to have a chance to upgrade, but the hurricane was still horribly devastating. This is not the way anyone would want to modernize,” he says. “It’s like burning down your house to renovate your kitchen.”

The local history of AT&T and the industry in general isn’t just a story of advancements and upgrades. It also contains a confusing number of corporate entities. Longtime Louisiana residents probably remember that their phone company was once AT&T, then it was BellSouth, then there was Cingular, and now everything is AT&T again.

In brief, the story begins in 1984 when the national phone company AT&T was drawing criticisms of being a monopoly, and the federal government forced it to divest itself of holdings. AT&T kept its long-distance service while local services were divided into nine regional companies, so-called Baby Bells, one of which was BellSouth. As the years went on, another Baby Bell, Southwestern, made acquisitions of other regional companies and became known as SBC.

When wireless communications started becoming widely available to the public, both SBC and BellSouth formed their own wireless divisions. These divisions merged around 2000 to create Cingular, of which SBC and BellSouth shared ownership. In 2005, SBC bought the long-distance company AT&T and decided to switch to the AT&T name. (“The child bought the mother,” explains Oliver.) Finally, in 2006, AT&T bought BellSouth and fully absorbed Cingular, which also took on the AT&T name.

Oliver points out how these mergers and acquisitions no longer run afoul of anti-monopoly laws because the telecommunications industry today includes so much more diversity. Oliver navigated his career through all of these dizzying changes—starting as an engineer, moving on to the company’s marketing organization, to government affairs, and to state president—and he has always been stationed in Louisiana.

A native of Lake Charles, Oliver attended McNeese State University where he majored in mathematics. It was also at McNeese where he met his wife who was working a table during the August class-registration process. He asked her to marry him literally moments after he met her. She said, “Yes.” They were married the following July and went on to have four children.

During college and the years after, Oliver took on a number of odd and interesting jobs. He was a longshoreman, unloading rice as a “sack thrower.” He sold packaged detergents for Proctor & Gamble. He reported on local sporting events for a Lake Charles newspaper and worked security at the city’s port. All the while, he served 21 years in the U.S. Army Reserve, having started with the ROTC in college.

Many of his classmates ended up in Houston after graduation. He thought life might take him there, too, but he applied to AT&T for a position he thought was based in Baton Rouge and was pleasantly surprised when he was offered a job in New Orleans, a city he had visited and had always been intrigued by.

New Orleans is now in his blood. In the last month or so, Oliver has been spotted with his wife at the French Quarter Fest, at the Lafayette Square concerts on Wednesdays and at Jazz Fest. The couple also enjoys entertaining at their Warehouse District condo. To live out his dedication to the city, Oliver currently serves as chairman of GNO Inc., which works to jump-start the region’s economic development, and he also serves on the boards of directors for several nonprofit organizations. As an executive at a major telecommunications firm, Oliver has his finger on the pulse of coming technologies, but he makes sure to keep an eye on the past. Outside his office is an old, wooden telephone booth with a privacy door and a seat. The rotary-dial phone in it still works. According to the sign, local calls only cost a nickel.

864
previous Something to Crow About
next Bret Michaels