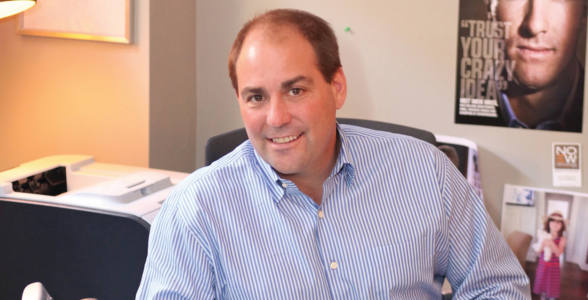 Born and raised in New Orleans, Tim Williamson of The Idea Village grew up near the universities Uptown and attended Isidore Newman, a private, college-preparatory school that’s been teaching privileged youth since 1903. After high school, Williamson stayed in town and pursued a B.S.M. degree in finance from Tulane University while working as a bartender at ATII (Audubon Tavern II), which is now the Monkey Hill Bar. Reflected Williamson, “It was a great environment for me to listen and formulate great ideas. I always had big ideas that I though would create a significant impact on my community.”

Williamson is also a graduate of the Stanford University Executive Program for Non-Profit Leaders, New Orleans Regional Leadership Institute (NORLI) and Loyola’s Institute of Politics (IOP). He has worked in distinguished corporations all over the U.S., including Drexel Burnham Lambert in New York, Bear Stearns in Boston and InfoVision in Atlanta. In 1998, Williamson came back to New Orleans when he gained the position of General Manager at Cox Interactive Media. “New Orleanians do ‘walkabouts,’” Williamson jokes, but they always return home.

In 2000, Williamson became co-founder and CEO of The Idea Village, a private non-profit organization on a mission to “identify, support and retain entrepreneurial talent in New Orleans.” They offer an annual “Entrepreneur Season” from July to March that incorporates and utilizes a network of partners to support local ventures through educational services and consulting. The Idea Village and Williamson are working toward making New Orleans the entrepreneurial mecca it once was many years ago. Entrepreneur Season culminates in a “Big Idea” business pitch pep rally, where fans and participants “come together to support local entrepreneurs Mardi Gras-style.”

Williamson takes great pride watching his home city blossom with a “vibrant, entrepreneurial ecosystem” with the support of new business ideas. This past March, he helped to nurture and catapult “Big Ideas” from local personal trainer Erik Frank, who built Your Nutrition Delivered—a healthy, calorie accurate meal delivery service—and KIPP School math teacher Lorenzo Castillo, creator of Education Everytime, a music-based school management system. Local start-up ChapterSpot, an online group management database for fraternities and sororities, won the annual Coulter IDEApitch, which offered co-founders Brendan Finke and Joe McMenemon a trip to San Francisco to meet with potential investors. Williamson is confident that all of the entrepreneurs supported by The Idea Village “will be great leaders in our community.”