Strikes an entrepreneurial chord in education 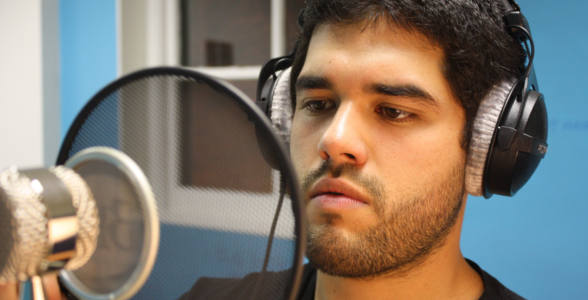 As a former trouble-maker, Lorenzo Castillo’s understanding of classroom behavior has personal resonance. With help from his mother, who took an active role in her son’s education, Castillo attended one of the original KIPP middle schools in Houston. Later, A Better Chance—a nonprofit organization that offers quality education to young people of color—realized his potential and Castillo was able to attend Hotchkiss, the prestigious college preparatory boarding school in Lakeville, Connecticut. When not studying, he spent all of his spare time in an old recording studio on the Hotchkiss campus where he honed his skills at writing and recording music, as well as performing vocals.

Castillo eventually attained a degree in business from the University of San Diego, but realized his true passion lay in teaching. After working for Teach for America and landing a job at the KIPP Polaris Academy for Boys in Houston, Castillo quickly recognized how well his two pursuits, education and music, worked together in the classroom. “It just happened organically, using music to teach math.” Although it is not uncommon to use the mnemonic properties of music to teach (think “Schoolhouse Rock” or “Animaniacs”), Castillo also discovered how music could influence behavior.

After seeing other teachers quit due to the tumultuous atmosphere of the school, Castillo decided to record a playlist for his classroom in order to help them better manage transitions from lesson to lesson and even class to class … and it worked. He realized that this discovery was also an excellent business opportunity, and Education Everytime was born. Castillo researched cities where his education start-up might take hold and New Orleans, with its post-storm overhaul of education, was the perfect place to begin. He currently employs his musical technique at the KIPP New Orleans Academy in the Bywater, where he teaches fifth grade math.

Founded in 2009, Education Everytime is a musical tool made “for and by teachers” to help manage classroom behavior and encourage academic achievement. Castillo’s musical styles lean towards hip hop and rap, deriving inspiration from musicians like Andre 3000, who plays “music geared towards change,” but he also admits heavy influence from Vicente Fernandez, whom Castillo dubbed as the “Michael Jackson of Mexican ranchera music.” Castillo recently won a $50,000 grant in Idea Village’s “Big Idea” competition, where local businesses pay it forward and invest in the city’s future as a new entrepreneurial hub. Castillo has become devoted to making both an emotional and financial investment in music and education in New Orleans.