The up-and-coming songbird who will not be caged 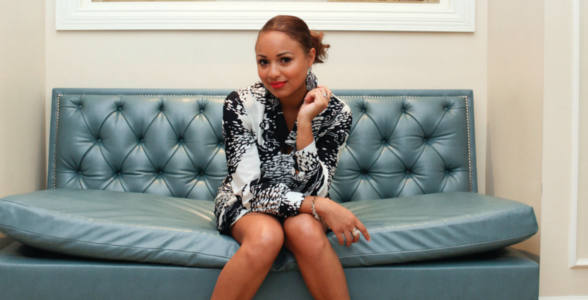 Raised in a musical family, Robin Marie Barnes grew up with rhythm in her blood and soul. Her father and namesake, Robino Barnes, who plays bass himself, taught his daughter about music and to have an appreciation of the roots of jazz and blues. Barnes was also encouraged to join her church choir, where she discovered the intrinsic, emotional and spiritual connection we all have to music. It was there that she realized her calling. At the tender age of 11, Barnes remembers one of her first performances singing Etta James’ “At Last” with her brother’s band, the Soul Heirs. “I was so nervous that in the very first verse, I heard myself singing ‘At least,’” she recalled with a laugh.

Barnes grew up in Gentilly and attended Dominican High School, where at 14, she scored her first paid gig at one of the school’s sock hops. She went on to earn both a bachelor’s and master’s degrees in business from the University of New Orleans in preparation to manage the economic side of her planned career in music. All the while, she was perfecting her artistic side through performance. “Being engulfed in the music scene taught me to be an entertainer, not just a singer,” she reflected.

Although she was heavily influenced by jazz, blues and gospel, Barnes finds inspiration in all genres, including pop, rap and hip hop from performers like Adele, Amy Winehouse, Bruno Mars and Kanye West. She enjoys performing classics during her soft, jazzy gigs at the Hotel Monteleone, but she doesn’t want to be pinned down to one particular genre. “Folks tend to put people in boxes and leave them there. I don’t want to be put in a box.”

Barnes recently released her debut EP titled “Me.” Its six tracks represent a reflection of the different genres that have influenced her throughout her life. She performs weekly at gigs all over town, and you can see her at this year’s Satchmo SummerFest on Sunday, August 4 at 3:45 pm on the Red Beans & Ricely Yours Stage presented by the Windsor Court Hotel.

“Me” is available locally at the Louisiana Music Factory, through iTunes and at the retail outlets listed on Barnes’ website, robinbarnesmusic.com