Today, Miami is considered the United States’ gateway to Latin America, but throughout much of the 20th century, New Orleans filled that role. 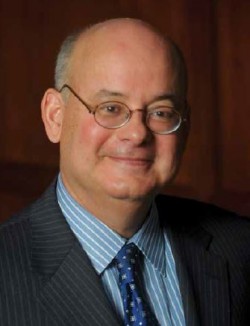 With one of the largest ports in the world at the time, New Orleans cultivated businesses with an international outlook. Pan-American Life Insurance Group, beginning in 1911, was one such business. Its perspective was truly “pan-American” and remains so to this day.

“The company began with the vision of establishing an insurance business not just in North America, but also in Central and South America,” said José Suquet, the current CEO. “Our first president was a shareholder in the United Fruit Company. Our first headquarters were in the Whitney building. We’re one of the true old-line New Orleans companies.”

Today, top management remains based in New Orleans, as does about 25% of the company’s 1,400 employees. But Pan-American has operations everywhere from Colombia to Costa Rica, from Ecuador to El Salvador. Panama, with its frequent flights to everywhere in the Americas and the Caribbean, has long been a southern hub of the company.
Indeed, Suquet’s only complaint about doing business from New Orleans is the lack of international flights. Otherwise, Pan-American finds that the city offers a friendly business atmosphere and a great quality of life for its employees.

Suquet came to the company in 2004 after Pan-American had spent some years in the wilderness, so to speak. “Beginning around 1990, the company started to lose its way strategically. It tried to get into too many different businesses and focused too much on markets in the United States,” he said. “When I came on board, we worked to get the company back to its roots; namely, its great success in Latin America. We’re still active in business in the United States, but the scales have tipped so that 65% of our business is international.”

The refocus certainly worked. Revenues shot up from $275 million in 2004 to $700 million this year. The core of this business is insurance, of course. Pan-American sells life and health policies to individuals at all income levels. At the lower end of the spectrum, policies are distributed by partnerships with banks, while at the high end, the extremely wealthy can buy healthcare policies that offer global health coverage in white-glove, concierge style. On the corporate side, Pan-American provides employee-benefit policies to small businesses on up to multinationals.
In the United States, the focus is also the Hispanic market. The majority of policy holders are Hispanic, and Pan-American Life has been ranked as the 15th largest Hispanic company in the United States. According to Suquet, being a Hispanic company means more than having brochures in Spanish.

“Marketing materials are one small component. We have a complete end-to-end system,” he said. “From the moment you quote a case until you have to pay a claim, we have a system that’s bilingual and can deal with customers and medical providers in Spanish. Keep in mind, too, that ‘Hispanic’ is not one group of people. It encompasses many different languages, nationalities and cultural idiosyncrasies.”

Many people within the company’s ranks are Hispanic and speak Spanish, but it’s not a requirement. “There’s actually quite a bit of Spanglish spoken around here,” Suquet joked.

Suquet himself was born in Cuba. He was just an infant when Castro came to power, and his family was forced to flee in 1959. They spent some years in Miami, but eventually settled in New York City, which he considers his childhood home. At Fordham University, a Jesuit college based in the Bronx, Suquet earned a liberal arts degree. It’s also where he met his wife, Ileana, who has Cuban roots too.

After entering the workforce, Suquet landed at a company called Equitable Life. He quickly rose through the ranks until he was number four at the company and oversaw some 8,000 agents. Meanwhile, he and Ileana both earned MBAs. When Equitable was acquired in 2001, Suquet had the opportunity to retire.

“I did retire, but I was really too young to,” he said. “Ileana didn’t want me in the house.”

One day, a headhunter called him about the Pan-American Life position. Suquet fell in love with the history of the company and admired the strength of the balance sheet. He could see that what the company needed was a new strategy. He jumped at the chance to move to New Orleans.

Now the Suquets are a vital part of the city. While Suquet heads up Pan-American, Ileana is active in the community as well as on the boards of several non-profits, including the Greater New Orleans Foundation, the Arts Council and the Hispanic Heritage Foundation. Both of their adult sons moved to New Orleans as well.