As he’s one of the foremost restaurateurs in the country, one would be inclined to believe that Dickie Brennan has it all. 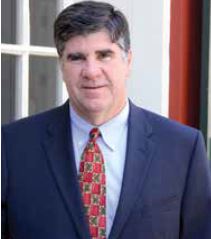 He grew up in the affluent and well-known Brennan family, with its extensive knowledge of the hospitality industry, exposure to the skills and knowledge of professional chefs and, unfortunately, a history of heart disease. “I was 38 when I had heart surgery — triple bypass surgery — though I still think they got the wrong guy,” Brennan joked.

Although he has always had a well-developed sense of humor, Brennan realized that his eating habits, stress and weight were quite serious after an in-depth discussion with his cardiologist. Brennan recalled: “He says to me, ‘Hey, you’re 50; let’s take a look at your history. You’ve only put on 80 pounds since you had open-heart surgery 12 years ago. What don’t you get?” His cardiologist recommended gastric surgery, but Brennan wanted to try dieting. Unfortunately, like most people struggling to lose weight, he found himself stuck on the rollercoaster of loss and gain.

Brennan was referred to a weight-loss specialist, who performed gastric surgery. Though he lost a significant amount of weight over the next year, Brennan admits that his appreciation of food is still his greatest challenge. “If I eat an oyster po-boy and it’s great, I’m looking at whoever is next to me and saying, ‘Let’s split another one.’” But Brennan is now able to regulate quantity. “Finally, I can recognize when I’m feeling full and say, ‘That’s it, I’m done.’”

Thankfully, the quality of food that Brennan eats is not an issue. “I spend my time in our restaurants, where the food is all sourced from local farms.” Since the late ‘80s, when Commander’s Palace hired Paul Prudhomme, the Brennan family has been a principal player in the farm-to-table movement in New Orleans. Raised on a farm near Opelousas, Louisiana, Prudhomme believed in sourcing locally, especially when it came to the plentiful seafood found in the Gulf. He played a pivotal role in making Commander’s Palace a world-class dining destination.

At Palace Cafe, Dickie Brennan’s Steakhouse, Bourbon House and most recently, Tableau, Brennan has applied his love of locally sourced meat, seafood and produce, creating some of the most popular restaurants in the city, loved by tourists and visitors alike. His appreciation of the outdoors and fresh ingredients, and his culinary training in kitchens all over the world have made Brennan uniquely qualified to successfully manage both his restaurants and his life. “I love being outdoors; I fish, I hunt,” Brennan said with a smile. “I love that part of the business. I could spend most of my day going down to the docks and talking with the local fishermen or in the field with the farmers. All the meat and produce we have is seasonal, fresh and all-natural from around here. It’s good stuff.”