The brilliant actress and writer finds happiness at home in New Orleans, along with abundant work in Hollywood South. 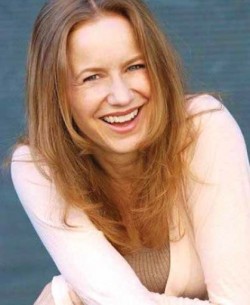 She’s amassed an impressive body of work during her 20-year career, thanks to her brilliant acting in films such as “Enemy of the State,” “For Love of the Game” and “Kill Bill: Vol. 2,” making television appearances on shows such as “Friends” and an award-winning episode of “The Larry Sanders Show,” being in over 50 commercials and producing and starring in the Quentin Tarantino presentation “Hell Ride.” And an abundance of work in Hollywood South has come her way since her arrival to New Orleans: Cayouette has scored parts in “Django Unchained,” “Treme,” “Green Lantern,” “Abraham Lincoln: Vampire Hunter” and more. In addition to working hard, Cayouette knows how to play hard in this beautifully wild, wacky and utterly unique city. She writes a popular blog (www.latonola.com) that captures the fascinating and colorful essence of all the things she loves about New Orleans, from Saints games to Mardi Gras to favorite restaurants, as well as tips for filmmakers.

Cayouette puts her master’s degree in creative writing and English literature to good use; her first book, “Know Small Parts: An Actor’s Guide to Turning Minutes into Moments and Moments into a Career,” was released in the past year. An insightful how-to guide for actors, aspiring actors or anyone wanting career inspiration, “Know Small Parts” garnered accolades and endorsements from industry heavyweights such as Kevin Costner and Richard Dreyfuss, who wrote the foreword for the book, highlighting the integrity and work ethic for which Cayouette is famous in her career.

Her involvement in this community continues full force; Cayouette is an honorary celebrity co-chair for the Louisiana SPCA’s Howling Success on November 2, thanks in part to all the amazing adopted pets she’s had over her lifetime. New Orleans Living hung out with the witty, effervescent, fun-loving and charming Cayouette at Gott Gourmet on Magazine Street, where we enjoyed the glorious food and the fabulous good life in New Orleans and found that Cayouette’s unequivocal adoration for our city is indeed infectious.

Tell us about your familial connection to Louisiana and New Orleans.
My family has been in Louisiana since the 1700s, when a family member owned property on St. Charles Avenue. This city has beckoned me since I was a child. Here I felt at home and every time I would leave on a plane, people sitting next to me would think I was flying to a funeral, because I couldn’t stop crying! (Laughs.) I’ve lived in many cities, like D.C., New York and L.A., and each city has its own version of crazy, and each person has their own version of kooky, and I think the trick in life is to match your kooky with a city! (Laughs.) New Orleans is the same kind of crazy that I am, because to me, there’s nothing crazy about wearing a costume for no reason or making up holidays to have a parade or having free music because it’s Wednesday; that all makes total sense to me.

Spoken like a true New Orleanian!
Whether you’re from here or not, this city rises to meet you. All you have to do is leave your house. If this is your city, you know it and you can’t shake it. Everything else feels wrong. I don’t even want to get into what it feels like to be on a plane during a Saints game! But I’m not unique in that. I got to see that in 2009, when I moved here from L.A. and the Saints were having an amazing season. On every t-shirt, in every store, every window and door were the “I Believe” signs. I had just come from being in an extremely jaded place for 18 years where you wouldn’t find that sign or that sentiment. After all the city went through, whether it’s football or it’s faith didn’t matter. The capacity for belief was so huge. For me it was a revelation, and timing is everything. I will die on this dirt, happily. I know people in my line of work want an Academy Award, but my big goal is to earn my second line! I want to have contributed enough to this city for it to miss my absence. I want to leave an echo.

You surely could pass as a native!
I wasn’t born in Louisiana, but I was raised in a Louisiana household in Maryland. My mother was born in Plaquemines, then moved to Minden and later to Houma. My father was born and raised in Baton Rouge. My parents met at LSU. Now that I’ve seen Mardi Gras as an adult and have gone to other parades like Krewe of Boo, I wonder if there’s some special form of child abuse for not raising your children here! (Laughs.) I loved my childhood — don’t get me wrong — but New Orleans is unique from birth to death. It’s like being diagnosed after being bothered your whole life by something. When you find out you’re a New Orleanian, you feel cured!

You were kind to write “Know Small Parts” and share your knowledge with others who want to know more about the film industry.
Thank you. You are not the first person to say that. I really look forward to reaching more people with it because I did it as a pay-it-forward kind of thing. It is very practical and I tell the truth. I found pieces of information along the way from agents, producers and casting agents, but they have no idea what’s it’s like to change in your car! I’ve been told that it’s a lifestyle book for anyone trying to become an entrepreneur or start a new career, although I did write it for actors. I wanted to give this to people because I’ve had Academy Award winners and nominees share their knowledge with me, and it seems selfish to keep all of this wisdom and these experiences to myself. In a weird way, it’s come back around: I taught college English before; now, at UNO, my book is the textbook for the acting class!

You have been in several Quentin Tarantino films, including “Django Unchained,” which was filmed locally.
I’ve known Quentin for over a decade, and it never occurred to me in a million years that he’d do a movie with horses and hoop skirts in it! So the fact that I’m the one fanning myself on the porch of my plantation home as Leonardo DiCaprio’s sister is just a bizarre convergence of many things. It was my fourth movie with Quentin. It was a dream come true on top of a dream come true. I am a big fan of “Gone with the Wind,” and I got to wear a hoop skirt!

You are a celebrity co-chair for the Louisiana SPCA’s Howling Success on Saturday, November 2.
You have to love that at Howling Success, you can wear black tie or come as your favorite New Orleans person, place or thing. You can wear a ball gown, or show up as Nagin or even as a sno-ball! I love that! As a child, we moved a lot, and at one point, my family split. Like many children in an environment like that, I clung to things such as pets, and could identify with abandoned and lost pets. I was raised that you don’t go to the pet store to find a pet — you go down to the shelter and rescue one. And we used the shelters for vet services and everything. We had plenty of pets — even horses. We inherited a kitten who had been tortured — Thomasina — whom we had for 17 years. There is some soul-sharing that goes on between people and their pets, who are life companions. The remarkable thing about pets is that they have quirky personalities like we do, so you can have 100 pets and have 100 different experiences.

I hear you are now a Pussyfooter!
Yes, it is all so fascinating to me. I’m a Who Dat, I’m a Pussyfooter — it all speaks my language. If I thought I could get away with becoming a Mardi Gras Indian, I would try. I am amazed by it all. I discovered the Pussyfooters at Mardi Gras parades and was just as delighted as a five-year-old girl who sees an ocean of pink and orange women coming at her! I just loved it! Last Mardi Gras I was a pole greaser at the Royal Sonesta. The other greasers were Pussyfooters and we talked about what was involved with being one, and I got picked out of their lottery. I was thrilled! Their money all goes to benefit women and children’s organizations. One of their mottos is “We dance for the women who can’t.”

What are you up to in the near future?
In March, I’ll be receiving the Distinguished Alumni Award from the University of South Alabama in Mobile, where I got my master’s in creative writing and English literature. And I’ll be in “Treme” for the final season and in “True Detective” as a woman who sorts crawfish. For that role, they drew wrinkles and liver spots on me, and of course Matthew McConaughey and Woody Harrelson were on set! I just played an alcoholic mother in “Student Bodies.” I am definitely excited to be in “Maggie,” a zombie movie where I play Arnold Schwarzenegger’s sister and Abigail Breslin’s aunt. If you love movies, you have to have an Arnold film on your list. I saw “The Terminator” 13 times in the theater! And as for Abigail Breslin, “Little Miss Sunshine” is one of my favorite movies.

1.68K
previous The 610 Stompers: Deacons of Dance
next Leo The Great