Octavio Mantilla has spent his life in restaurants. 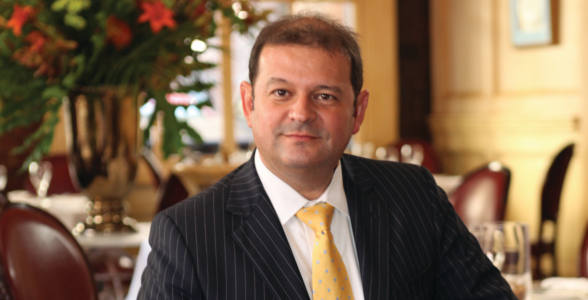 Nicaraguan-born Mantilla came to New Orleans at 14, and started working as a dishwasher at 16. He moved on to waiting tables, and after graduating from Grace King High School, won a fellowship to study computer science at Tulane.

While in college, Mantilla went from waiting tables to managing restaurants. Though he was a natural, at first, he didn’t see himself remaining in the hospitality industry. “Restaurants were not my thing,” he said. “I always thought I would get a ‘real job.’ But I was doing well, and I really enjoyed it.”

After graduating from Tulane, Mantilla entered his chosen field of computer science. Then he decided to attend the University of New Orleans’ full-time MBA program — all the while working as a part-time restaurant manager. When he earned his MBA, Mantilla went to work for Prudential Securities for a short time. But the job stifled his natural effusiveness. “Why was I kidding myself? I didn’t want to be in an office,” he said. “I like talking to people. I get to do that in a different way every day, and because of that I always look forward to going to work.”

Next, Mantilla joined Harrah’s, eventually moving to St. Louis, Mo., to take on the position of Director of Food and Beverage Operations for the business. While with Harrah’s, Mantilla opened a number of the company’s fine dining restaurants countrywide. The only problem was that he missed home. Not Nicaragua — New Orleans. “I called the company president and told him I wanted to move back,” said Mantilla.

When he returned to New Orleans, Harrah’s tapped Mantilla for a new project: a celebrity chef-run steakhouse. The venture would be helmed by none other than John Besh, whom Mantilla had actually known since 1991. “We met when John had just finished his apprenticeship in Germany,” he said. “He was starting out as a cook, and we said, ‘One day, we’re gonna work together again.’” The two opened Besh Steak at Harrah’s in 2003.

When Besh had the opportunity to buy out his investor in his flagship Restaurant August, he came to Mantilla. “He said, ‘We have an opportunity to buy this restaurant. Let’s start this company,’” said Mantilla. “The funny thing is, we bought it right before Katrina. After the storm, we put everything on the line … but we decided to go down fighting. We did everything under the sun to keep afloat.”

Now a co-owner of all of the Besh restaurants and mass catering company, Mantilla can look back on those stressful days with pride. “As we add more restaurants, I’m still very involved in the day-to-day operations,” said Mantilla. He makes a point of visiting his and Besh’s New Orleans-area eateries multiple times per week.

In addition to developing the business, Mantilla oversees the company’s community involvement, including catering fundraisers and donating to nonprofits and other local organizations. A board member of the Louisiana Restaurant Association and its educational foundation, the Louisiana Hospitality Foundation, the New Orleans Tourism and Marketing Corporation and of course, the John Besh Foundation, he is “very involved when it comes to the education, tourism and hospitality aspect” of the business.

When it comes down to what keeps him excited to keep growing the Besh Restaurant Group, Mantilla again cites his ties to New Orleans. “I am grateful for the opportunities that we have to work with and in the community,” he said. “Everything we do from our standpoint is: we’re local, we live here, this is our community, our home. We try to do everything we can to influence our city positively.”

1.79K
previous Brains, Books and Biotech: Nicolas Bazan
next Natural Fit: Kenny Rabalais is in the business of growth