When young New Orleanian Chloe George was in high school at St. Martin’s Episcopal, her family took a trip to Africa. In Mombasa, Kenya, George and her sister Cassidy were moved by the community’s lack of educational resources. “I did some research and decided I wanted to build an elementary school,” said George. 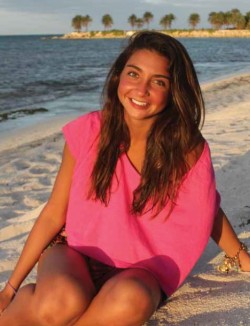 In April 2010, the Georges traveled to Mombasa to see the completed school and meet Jacob Boaz, the director of Destiny Garden School. The school now has over 300 students, and George’s alma mater, St. Martin’s, is raising funds to add a greenhouse to Destiny Garden’s grounds.

Now a junior at Harvard University, George studies government, international relations and Spanish; however, “A huge part of my time is social clubs,” said George. “Service has always been one of my big passions.” As president of the Hasty Pudding Club, America’s oldest social club, George recently spearheaded a philanthropy initiative that holds service days in the greater Boston area once a month. Along with fundraisers, dinners and parties, the club hosts notable guests, including actors, writers and professors, for “Lecture Lunches.”

George also acts as the fundraising director for Harvard’s chapter of Circle of Women, a nonprofit promoting education for girls. She hopes to connect the organization with Destiny Garden School.

This summer, George interned with Mayor Michael Bloomberg’s Mayors Against Illegal Guns campaign. Though some of her research was difficult to perform because it was so emotionally sensitive, she felt a personal connection to the campaign. “My interest in the issue was really sparked by being from New Orleans, where gun violence is so prevalent,” she said.

A dancer since childhood, George also belongs to a Harvard modern dance company. And every Friday, she meets up with other members of Pets as Therapy, a group that brings furry friends to visit senior citizens at the nearby Cambridge Rehabilitation and Nursing Center.

“I love always being on the go,” said George of her packed schedule. “I get a lot of that from my dad, because he’s constantly doing things.”
Along with her drive, George is quick to pin her success on family, especially the companionship of sister Cassidy. “She’s been my best friend since we were born,” said George. “The main reason that I am so happy and successful is all because I came from a really strong foundation of family values. My parents have always supported me in whatever endeavor I pursued.”

George plans to graduate from Harvard in May 2014. She’s not sure where her career will take her, though it will hopefully be abroad. “I really want travel to be an aspect of my career,” she said. She’ll also remain involved in service to others. “I think philanthropy is something that will always be built into my social life, because I’m really passionate about it,” said George.