The Alliance for Good Government takes the guesswork out of elections. Big elections get all the attention. When citizens walk into a voting booth to choose their president, senators or representatives, they typically already have a good idea about the candidates. 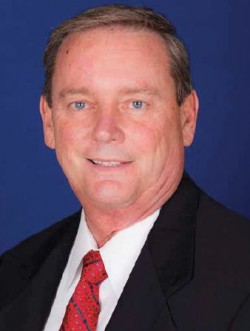 But what about when voting for constable, justice of the peace or traffic-court judge? Voters may not even know the meaning of these offices, let alone the names on the ballot or the candidates’ positions. Thanks to the Alliance for Good Government — an organization that promotes public policies to benefit the New Orleans metropolitan area — much of the confusion can be eliminated.

“We’re a civic group, not a political group,” says Tim Fandal, a leading member of the organization. “We evaluate candidates across the whole ballot and print push cards with our picks. We’re looking for candidates with integrity: candidates who want to serve the people and not themselves when in office.”

The Alliance for Good Government began in Orleans Parish in 1967, and it later expanded to Jefferson and St. Bernard parishes. Fandal first heard about the organization in the late 1990s when senator David Vitter (who was holding a lower-profile, state office at the time) visited a crawfish boil put on by a professional organization of which Fandal was a member. It turned out that a colleague who was in the Alliance had invited Sen. Vitter. Fandal became intrigued about the group and ended up opening a fourth chapter in St. Tammany Parish, which he led for several years. He is now chairman of the board for the entire organization.

According to Fandal, members of the chapters represent a cross-section of the population. They’re teachers and attorneys, small business owners and stay-at-home moms. Party affiliations include Democrat, Republican and Independent. Any restrictions on membership are commonsense and designed to minimize conflicts of interest. For example, members must be registered voters; they can’t hold public office or work for someone who does; and they need to be a member for at least six months before being allowed to endorse anyone.

For every race, the Alliance reviews the candidates and looks into their backgrounds. “We try to get as much information as possible,” Fandal says. “We look at what organizations they’ve been in, their education [and] the offices held in the past. We try to get an idea of how they’ll do once in office.”

Oftentimes candidates are invited to forums, which are open to the voting public. Candidates are given time for opening and closing statements, but the bulk of the time is spent responding to questions posed by members of the Alliance, regarding their positions and general political philosophies. When possible, the Alliance looks to have these forums broadcast on cable public-access television channels.

Then the Alliance chapter (or chapters, if the office’s jurisdiction crosses parish lines) holds a caucus to vote on the candidates. It’s a simple majority vote, and the winning candidate receives a blanket endorsement from the whole organization. The endorsed candidate appears on Alliance push cards and on the organization’s website. Most candidates typically use this endorsement in their own campaign materials.

“We do not always endorse the incumbent, and our endorsements don’t conform to any one party affiliation,” Fandal explains. “On occasion, we have withdrawn endorsements if we find out things we don’t like. It’s rare, but it has happened. When we feel we’ve made a mistake, we try to correct it.”

When candidates receive an endorsement, they get more than the Alliance for Good Government’s stamp of approval. Members of the Alliance are encouraged to actively help with campaigns (even if members didn’t personally vote for them in caucus) by phone banking, waving signs at intersections on Election Day and other activities.

So does the process of vetting, endorsing and supporting candidates make a difference? Fandal says it does.
“Undecided voters often look at our picks and go along with our endorsements,” he says. “Office-holders often tell me that without us, they wouldn’t have been elected. Our endorsements do not guarantee anything, but they do help many candidates. We especially appear to make a difference in close races and tip the balance one way or the other.”

It seems that an organization like the Alliance for Good Government would be a ripe target for a partisan, political takeover, but its processes and safeguards on membership have kept the group’s integrity intact for its almost 50 years of existence. A few times, members have broken away from the group to create more partisan-minded offshoots, but they can’t adopt the Alliance for Good Government’s name, which is trademarked.

As for Fandal, he doesn’t seem especially politically minded. He served in the United States Marine Corps in the early 1970s, and he is the retired owner of a contracting business. Fandal also volunteers for a hospice organization, helping with the building of its new facility. Leading the Alliance for Good Government is simply what Fandal considers to be one of his civic duties.