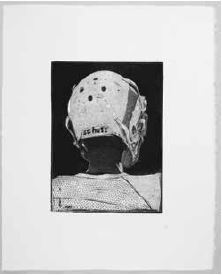 Oliver Bonie’s new musical venture, Fancy Pants, is an unfamiliar endeavor for the young saxophonist and his band mates. “It’s all kind of uncharted territory for pretty much all of us,” Bonie says of the band’s pop-based, playful sound. “Everything’s really fun. A lot of it’s dance-able.”

Fancy Pants includes John Maestas and Josh Starkman on guitar, Chelsea Hines on vocals, Devin Kerrigan on bass and Jonathan Arceneaux on drums. Several band members are professional musicians, including Bonie, who plays saxophone and clarinet with the New Orleans Jazz Vipers, Delfeayo Marsalis and the New Orleans Jazz Orchestra, among others.

The group’s music, which is partly inspired by video-game soundtracks, is a chance for Bonie and his bandmates to try out new genres, especially what they’re calling “future-pop.” Fancy Pants’ goal is to take listeners on an audio-visual journey; to that end, Bonie hopes to eventually accompany each song with background animation.
“A lot of the city focuses on ‘trad’ jazz, brass-band-funk kind of stuff, and Fancy Pants is a band mostly of locals,” Bonie says. “It’s a voice that isn’t really heard in New Orleans — at least, it’s not thought of when you think of NOLA music.”

Along with a planned EP release this year, Fancy Pants is hoping to collaborate with other indie bands in the New Orleans community.

ORGANIZATION SPOTLIGHT: The Drop – Hang meaningful artwork on your walls.

Founded by Amanda Brinkman and Cameron Shaw, The Drop is a new way to collect original art without shelling out thousands of dollars. Every two months, this innovative art-subscription program offers interested collectors the chance to purchase one, two or three artworks created by local artists just for The Drop. Individual works are $80 apiece; a package of three is $200.

Both Brinkman and Shaw went to school for art history and created careers for themselves in the arts. The two met in New Orleans, where Shaw had founded an online arts publication called Pelican Bomb with curator Miranda Lash, programmer Rami Sharkey and designer Erik Kiesewetter.

Brinkman and Shaw soon began tossing around ideas for what would become The Drop. Their goal was twofold: to make art financially accessible for collectors and profitable for artists. “We wanted to expand the idea of what patronage looks like,” Shaw says. “We can all be patrons of the arts and support the artists around us.”

Every two months, The Drop commissions three New Orleans artists to create 100 works, which can be unique items, prints or multiples. The works must be 11-by-14 inches or smaller to fit into The Drop’s mailing boxes; impressively, this size restriction has not limited the creativity of artists who work in larger media, like video or sculpture. Artists are paid up-front, eliminating the commission model that dominates traditional art sales. Revenue from The Drop also helps sustain Pelican Bomb, which has expanded from a magazine to a full-on nonprofit organization.

The program’s process for choosing artists to commission is thoughtful, open and creative. “We wanted to cover the broad spectrum of contemporary art in New Orleans, and to also think about some broader traditions of visual culture and how they might intersect with how we think about art,” Shaw explains.

Since The Drop was founded in August 2012, other art subscription organizations have sprung up throughout the United States, modeling their approaches on The Drop. “We’re kind of at the forefront of this model now,” Brinkman says. “We’re getting young people our age collecting art who didn’t think they knew about art or had enough money.”

The Drop now offers the option to have pieces framed and matted, and it recently began shipping internationally. thedropnola.com

As a child, Diana Shortes’ family moved around a lot. She began acting at the age of 14, and found comfort and continuity in her theatrical interests. “Having moved so much as a young girl, it’s as if every time I step into a theater, it’s my home,” Shortes reflects.

After graduating from Ohio’s Antioch College in 2000 with a self-designed major in feminist literary theater, Shortes moved to New Orleans. “I had a sense that New Orleans was a place I could create my own destiny,” she says.

Shortes’ first job in the city was tending bar on Jackson Square, close to the historic Pontalba Building apartments. She later portrayed the Baroness Pontalba as a member of the Louisiana Living History Project, parlaying her experience in this role into writing her one-woman original show, “The Baroness Undressed.”

Shortes then joined John Grimsley’s Dog & Pony Theatre Company, eventually partnering with Grimsley as half of the company’s production team for nearly five years. Along with producing and acting, she’s worked in almost every other role in the theater, including director, costume designer and lighting technician, and has won a Big Easy Theater Award — among other accolades for her work. She also teaches movement at the New Orleans Center for Creative Arts and yoga at the Downtown Fitness Center.

Over the years, Shortes has watched New Orleans’ theater scene grow. “People don’t know about the legacy of theater here,” she says. “It’s very important to honor that legacy.”

Currently, Shortes is working on a piece that deals with her feelings about Hurricane Katrina. She hopes to tour with it, and says she’s looking forward to seeing what kind of commemorative work emerges from New Orleans on the hurricane’s 10th anniversary in 2015.

“I’m living some kind of dream,” Shortes says. “I have to remind myself of that. It’s a wonderful life.”