Hope Is in the House

A New Orleans local stands up for child welfare. 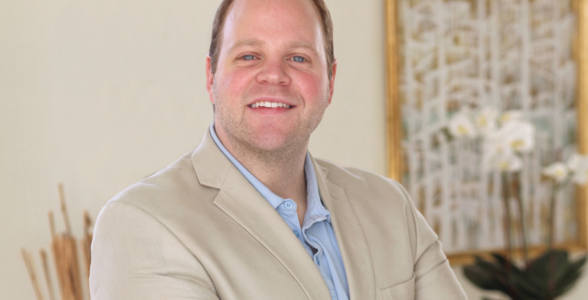 Three years ago, Dennis Lomonaco did a Google search for New Orleans volunteer opportunities. The results of that search have turned out to be a substantial stroke of luck for Court Appointed Special Advocates (CASA) of Jefferson Parish.

“I knew that I wanted to do front-line work,” says Lomonaco, who was immediately drawn to CASA’s mission of training community members to represent abused and neglected children in court. After becoming an advocate, Lomonaco took on more and more responsibility within the organization, and has been instrumental in increasing CASA’s positive impact on children in Jefferson Parish.

Lomonaco was first assigned to a 16-year-old who had been abused by both his biological and foster parents. “Through the relationship I built, I know that I saved his placement and his life several times,” Lomonaco says. “CASA totally changed my life from that experience.”

Formerly a component of Jefferson Parish Juvenile Court, CASA serves about 380 kids per year. Volunteer advocates make a commitment of just eight hours per month, but most find themselves wanting to invest more time. “Those moments that you end up spending with your kid, you cherish,” Lomonaco says.

He emphasizes that a CASA advocate’s job is not necessarily to give a child what he or she wants. Sometimes, a child simply wants to go home, even if that home is abusive, and an advocate must advise the court against this decision. “The advocate testifies on the best interest of the child,” Lomonaco explains. “Advocates are the eyes and ears of the court.”

As Lomonaco became more involved with CASA, he began working to improve the organization’s fundraising and marketing efforts. “I realized that my skills would be better used helping develop the program,” he says. He decided to leave his career in the hospitality industry to form Purpose Enterprises, a firm dedicated to helping nonprofits navigate the world of marketing.

On Jan. 1, 2013, CASA became a nonprofit — a move that has allowed it to diversify its funding and serve more children. Lomonaco spearheaded the change, helping form the 501(c)3 organization and even writing CASA’s bylaws.

Now, Lomonaco is vice chairman of CASA. He’s partnered with other organizations and individuals, including Winn-Dixie and the New Orleans Saints, on major projects to improve the lives of the children CASA serves.

One of these ventures is called Candles of Hope — a touching idea that Lomonaco came up with after hearing an eight-year-old foster child say that she didn’t know what a birthday wish was. Through Candles of Hope, more than 400 kids in Jefferson Parish will get to celebrate their birthdays next year.

To Lomonaco, the Candles of Hope program is a good introduction to what CASA can do. “CASA is a very big conversation, and people have short attention spans,” he says. He also knows that once potential volunteers learn about CASA, they can use any and all of their skills to the organization’s advantage. “There are tons of opportunities,” he says. “It’s not just about being an advocate.”

Lomonaco is truly grateful for the encouragement he and CASA have received. “The support has been insane,” he says. “From the 610 Stompers, to the Saints, to Fleurty Girl, to Terrance Osborne, to news anchors, there has not been a single person I have talked to who has not wanted to be involved in some way.”casajefferson.com

630
previous All Dogs Go to Prison
next Purpose-Driven Life