Jan. 2 – One of the most uniquely successful athletic achievements in the history of American sports, the Allstate Sugar Bowl Football Classic has continuously played an enormous role in the athletic and economic viability of New Orleans and the state of Louisiana. 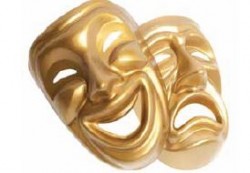 For starters, the bowl committee donated $800,000 to New Orleans City Park in 2006. These funds provided a big boost to the renovation of Tad Gormley Stadium, a primary location for scores of high school football games each year. The Sugar Bowl also annually sponsors the Manning Award (honoring the top collegiate quarterback in the nation) and the Greater New Orleans Sports Hall of Fame. On Thursday, Jan. 2, at 7:30 pm, the University of Oklahoma and the University of Alabama will face off at the Mercedes-Benz Superdome for the 80th annual Sugar Bowl right here in the Crescent City. allstatesugarbowl.org

Jan. 6
Traditionally, Twelfth Night marks the conclusion of the 12 days of Christmas and marks the coming of the Epiphany. New Orleanians also recognize this auspicious night at the official beginning of king cake season and, more importantly, Carnival. As they have for more than 30 years, the Phunny Phorty Phellows will launch Carnival season with their masked and costumed ride on the most raucous streetcar of the year (the St. Charles Avenue Streetcar Line), starting and culminating at the Willow Street streetcar barn off Carrollton Avenue. phunnyphortyphellows.com

Jan. 6
Founded in 2008 to celebrate The Maid of Orleans, the Joan of Arc Parade has been held on the heroine’s birthday ever since. The Krewe de Jeanne d’Arc parades every year in medieval and Renaissance costumes with horses and handcrafted throws, carts and banners. The krewe also hands out gifts of king cake and champagne. They roll out from the Bienville Monument, which represents the founding of New Orleans, and parade to the Joan of Arc statue at Decatur and St. Philip streets. joanofarcparade.com

Jan. 10-11
Each year, more than 150 living history re-enactors come together on the Friday and Saturday closest to the date on which the Battle of New Orleans took place (Jan. 8, 1815) to recognize America’s victory against the British in this final major battle of the War of 1812. Events for the Battle of New Orleans Commemoration are held at the Chalmette Battlefield — Jean Lafitte National Historical Park and Preserve — and include demonstrations such as cannon and musket firing, and campfire cooking. One of the most amazing things about the Battle of New Orleans is the number of different people and military groups from different races, social classes, languages and backgrounds who came together to protect their country and way of life. visitstbernard.com

Jan. 17-19
Rain: A Tribute to the Beatles is a jukebox musical that comes direct from Broadway to the Saenger Theater. “Rain” performs the full range of the Beatles’ discography live onstage, including the most complex and challenging songs that the Beatles themselves recorded in studio but never performed for an audience. Together longer than the Beatles, “Rain” has mastered every song, gesture and nuance of the legendary foursome, delivering a totally live, note-for-note performance in this multimedia concert. From the early hits to later classics, this tribute will take you back to a time when all you needed was love and a little help from your friends. neworleans.broadway.com